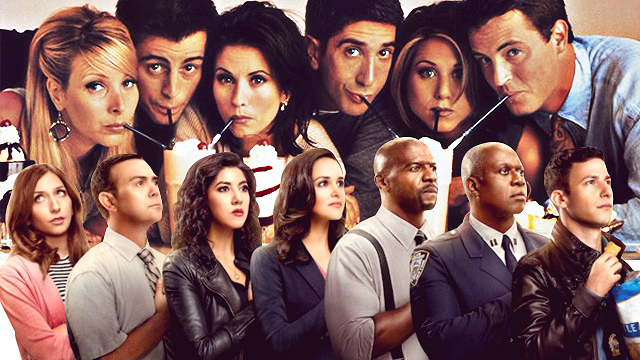 (SPOT.ph) You can call yourself a TV veteran if you ever had to wait for your favorite show to air (yes, on an actual television) at a certain time on a certain day. There might even be a point in your life when you relied on sketchy websites just so you can get your fix. Thank the TV gods for having blessed us with streaming—this way, you can finally say goodbye to the hassle of keeping up with your fave show. Just in case you want to start a marathon and fall in love with your favorite shows all over again, we list down where you can watch them in all their full-episode glory.

Where to watch it: HBO GO
Fans are most likely waiting with bated breath while trying to piece together the very few clues about the eighth and final season of Game of Thrones. It’s hard to get over Daenerys (Emilia Clarke) and Jon Snow (Kit Harington) getting together, but at least you can watch all seven seasons while waiting for winter to finally come.

Where to watch it: Netflix
Brooklyn Nine-Nine fans have been through a lot—from the beloved cop-comedy show getting cancelled on Fox to being passed on by different networks to finally getting picked up by NBC for a sixth season. There were only supposed to be 13 episodes, but it was recently announced that NBC ordered five additional episodes. That means fans will be getting more of Jake Peralta (Andy Samberg) and Amy Santiago (Melissa Fumero) post-wedding. So, you can rest easy and watch all five seasons of the hilarious show until season six comes out in 2019.

Where to watch it: iWant TV
You probably rejoiced when you heard that the original Meteor Garden was getting a reboot this 2018. But deep inside, you know you’re still not over the original cast, which was made up of Barbie Hsu, Jerry Yan, Vic Zhou, Ken Chu, and Vanness Wu. The good news is, you can watch both the original Taiwanese series and the 2018 reboot for free. Now you can fall for two versions of Dao Ming Si or Hua Ze Lei (or any member of F4, really).

Where to watch it: Netflix
Friends is just one of those shows that never get old—even if they’re all clad in chic '90s outfits, watching on not-so-flat-screen TVs, and calling each other through (gasp) landlines and payphones. The jokes will still make you laugh out loud even 12 years after the show ended. Plus, there’s always the fun of figuring out which friend you are among Ross (David Schwimmer), Rachel (Jennifer Aniston), Monica (Courteney Cox), Chandler (Matthew Perry), Joey (Matt LeBlanc), and Phoebe (Lisa Kudrow).

Where to watch it: Viu
There was a time in 2017 when everyone was talking about KBBQ, swag, and getting into weightlifting just so they could get a boyfriend. Chances are, they were addicted to this K-Drama that revolves around NBSB weightlifter Kim Bok Joo (Lee Sung-kyung) and super-sweet swimmer Joon Hyung (Nam Joo-hyuk). The two stars of the show reportedly started dating (but eventually broke up!), but at least you can relive their onscreen romance again and again—and for free!

Where to watch it: Netflix
If you didn’t have “xoxo” on any of your social-media accounts when Gossip Girl was still on the air, then you’re probably lying. This show reeled you in with the glitz and glamor of the New York lifestyle but got you hooked with all the drama and relationship problems of Blair Waldorf (Leighton Meester), Serena Van der Woodsen (Blake Lively), Chuck Bass (Ed Westwick), Nate Archibald (Chace Crawford), and of course, Dan Humphrey (Penn Badgley).

On the Wings of Love

Where to watch it: Hooq
James Reid and Nadine Lustre have starred together in projects before this primetime teleserye, but On the Wings of Love is the show that made them one of the biggest love teams in the country. Viewers fell in love with their characters’ long-distance relationship but even more so with their reel-turned-real relationship. Now you can let your inner fangirl out because the series is available for streaming—which means no more cliffhangers!

How I Met Your Mother

Where to watch it: Netflix
The series finale of How I Met Your Mother is undoubtedly one of the more controversial ones in recent history. (How is Ted still in love with Robin?!) But that doesn’t mean that the episodes and nine seasons weren’t fun to watch. You get to see Ted’s (Josh Radnor) misguided attempts at a love life, Lily (Alyson Hannigan) and Marshall’s (Jason Segel) relationship goals, Robin’s (Cobie Smulders) badassery, and Barney (Neil Patrick Harris) being a playboy with a heart. If anything, you can pick out all the clues that might explain the ending.

Where to watch it: iflix
You know it’s a hit foreign show when a Filipino-dubbed version of it starts airing during primetime—and K-Drama Goblin is no exception. Fans went gaga over the show’s lead actor Gong Yoo and his character’s relationships with Ji Eun-tak (Kim Go-eun), Grim Reaper (Lee Dong-wook), and Sunny (Yoo In-na).

Where to watch it: Hooq, YouTube
Admit it: You used to rush home just so you could catch the latest episode of Encantadia. We can’t blame you, though. The sci-fi-slash-fantasy series had everyone falling in love with the magical realm and its royalty also known as Sang’gres (played by Karylle Yuzon, Sunshine Dizon, Iza Calzado, and Diana Zubiri). Now, you can watch Encantadia episodes without having to sit through commercial breaks.

Streaming Services Iwant Tv Brooklyn Nine-nine Weightlifting Fairy Kim Bok Joo Goblin Viu Game Of Thrones Encantadia Hooq Hbo Go On The Wings Of Love Iflix Netflix Friends How I Met Your Mother Meteor Garden Gossip Girl
Your Guide to Thriving in This Strange New World
Staying
In? What to watch, what to eat, and where to shop from home
OR
Heading
Out? What you need to know to stay safe when heading out