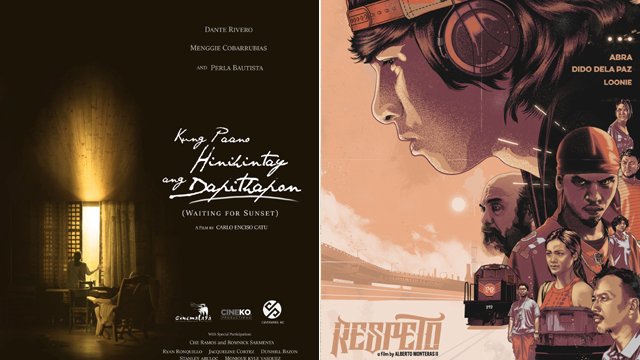 The First-Ever Cine Areté Film Festival Is Happening This Month

There'll be screenings of award-winning Cinemalaya films until October!

(SPOT.ph) We're more than halfway through 2018, but movie buffs are in for more exciting news. In August, it was announced that Cinemalaya films are heading to Ateneo de Manila University's creativity hub, Areté. And fans would be happy to know that the screenings are actually part of the first-ever Cine Areté Film Festival. They'll be screening select Cinemalaya films every weekend from September 12 to October 27. You don't have to be an Ateneo student to attend the film screeenings, as the film festival is open to the public.

The festival will be opening with a Light Leaks Forum on September 12 from 3 p.m. to 7:30 p.m. at the Ben Chan Art Suite, where experts will be discussing the history of the moving image in the Philippines. There will then be a screening of Lamberto V. Avellana's 1965 film Anak Dalita on September 15 at 5 p.m. at Doreen Black Box in the Arts Wing. Both the Light Leaks Forum and the screening of Anak Dalita are free.

Tickets for the rest of the screenings from September 21 to October 27 are only at P200. They will all be screened at Doreen Black Box in the Arts Wing. They'll be screening a total of 15 films during the festival, and we list down some of the movies you can't miss.

Directed by: Treb Monteras II
Screening schedule: September 21 at 5 p.m.
This award-winning film revolves around a young rapper (played by real-life rapper Abra) trying to get away from a life of crime and meets an old poet (Dido de la Paz). It won Best Film at the 2017 Cinemalaya.

Directed by: Eduardo Roy Jr.
Screening schedule: September 22 at 5 p.m.
In this drama, two teenage parents who live on the streets of Manila look for their kidnapped baby. Aside from winnng Best Film during Cinemalaya's run in 2016, it also won Best Direction, Best Performance of an Actress, and Best Editing.

Directed by: Carlo Catu
Screening schedule: September 28 at 5 p.m.
The most recent recipient of the Best Film award, Kung Paano Hnihintay and Dapithapon tells the story of an old unmarried couple just going about their faily lives. But then the woman's estranged husband suddenly calls and asks for a favor.

Directed by: Thop Nazareno
Screening schedule: October 20 at 5 p.m.
Kiko (Noel Comia Jr.) is fresh from the loss of his mother. To cope, he seeks a relationship with his long-lost father. It was nominated for Best Film and it earned the young Comia the award for Best Actor and it also earned Yayo Aguila the award for Best Supporting Actress.

Directed by: Auraeus Solito
Screening schedule: October 27 at 5p.m.
This film was one of the entries in Cinemalaya's first-ever run. It follows Maximo (Nathan Lopez), an effeminate 12-year-old boy. The members of his family are small-time criminals, but he falls in love with a young cop, leaving him torn between love and loyalty. It didn't win Best Film, but it did win the Jury Prize, became the Philippines' entry to the 79th Academy Awards, and also picked up two awards at the Berlin International Film Festival.