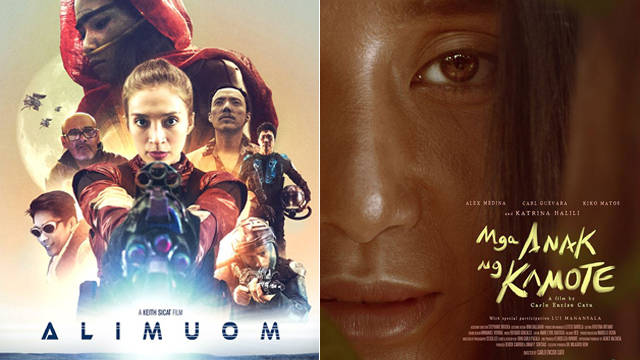 The SPOT.ph Guide to the TOFARM Film Festival 2018

(SPOT.ph) Every year, there are a lot of film festivals that present the best of Filipino cinema. TOFARM Film Festival does just that while highlighting the importance of farming and sustainable environmental practices for an agricultural country like the Philippines. Just like the festival’s run in 2017, this year’s edition will also showcase six full-length features. They will be screened from September 12 to 18 at Trinoma, Greenbelt 1, Gateway, SM Megamall, SM Manila, Robinsons Galleria, Gaisano Davao, and Ayala Mall Legazpi in Bicol. Here are the six films you can watch this year:

Directed by: Roman Perez Jr.
This dark comedy tells the story of Teacher Sol, who passes away but can’t be buried because her students—and the farmer community—can’t afford it. And so, they take her body and her coffin around different parts of the province, trying to find a place for her. The film stars Pokwang, Joey Marquez, JM Salvado, and Gilleth Sandico, among others.

Directed by: Keith Sicat
In this sci-fi movie, parts of a dystopian Philippines are placed under bio-domes because of the incredibly toxic environment. Farming has been made illegal and OFWs—Outerspace Filipino Workers—are only allowed to farm in other planets. But then a group of scientists discover that plants can still grow back on Earth and bring back life on the planet. Ina Feleo, Epy Quizon, Mon Confiado, Dido Dela Paz, Elora Espano, and Kiko Matos star in the film.

Directed by: Julienne Ilagan
This drama is about a soon-to-be datu having second thoughts about taking up the prestigious title. Soon  enough, he learns how to rise up to the challenge. The cast includes Bayang Barrios and Jeff Bringas.

Directed by: Carlo Catu
It's year 2052 in the Philippines, and the planting and farming of kamote or sweet potato has been deemed illegal. Those caught breaking the law are immediately sent to jail. Mga Anak ng Kamote stars Katrina Halili, Alex Vincent Medina, Carl Guevara, and Kiko Matos. The film’s director, Carlo Catu, recently won the award for Best Film at Cinemalaya for Kung Paano Hinihintay ang Dapithapon.

Directed by: Charlson Ong and Lito Casaje
Tanabata’s Wife is based on a Pinoy short story of the same name. The film follows a Japanese immigrant farmer Tanabata (Miyuki Kamimura), who relocates to La Trinidad Valley in Baguio, where the Japanese first led the farming of salad greens. The lonely and middle-aged Tanabata hires Fasang (Mai Fanglayan), a young Bontoc woman for help, and eventually falls in love with her. They get married and have a child, but she has her eyes set on the city of Baguio—and someone else.

Directed by: Hubert Tibi
Set in Bicol in the year 1957, a group of farmers working under an abusive landlord await the visit of then-President Ramon Magsaysay to voice their grievances. Ronwaldo Martin, Richard Quan, and Menggie Cobarrubias make up the cast of the film.