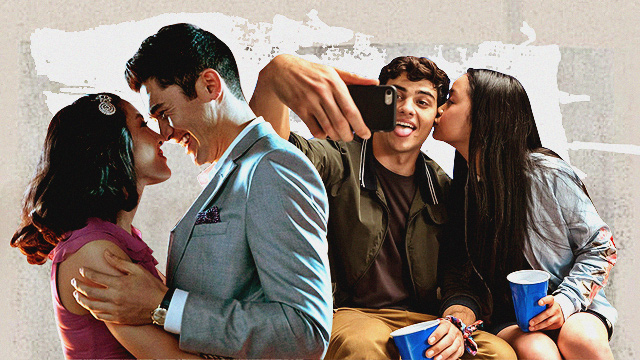 10 New Romantic Comedies You Should Have Seen By Now

These flicks will make you both laugh and swoon.

(SPOT.ph) For a while, it seemed like the romantic comedy—one of the most popular film genres in the '90s—had fallen out of favor and given way to superhero blockbusters and horror films. But, with a string of hits released this year, it seems like the rom-com genre is enjoying a well-deserved renaissance. Check out these 10 films released in 2018 that prove that the rom-com is making a comeback.

Directed by: Greg Berlanti
Released: March 2018
A rom-com that refreshingly features a queer lead, Love, Simon follows the story of a high-school student (Nick Robinson) who seems to live a picture-perfect life with friends and family who love him. Except, there's one thing—nobody knows he’s gay. He soon anonymously befriends another closeted kid from him school online and slowly falls for him. When someone threatens to out him in school, Simon is forced to confront his hangups and come into his own identity.

Directed by: Rob Greenberg
Released: May 2018
Working-class mother Kate (Anna Faris) is at her wits' end working several menial jobs to provide for her family, one of which is to serve as a janitress on millionaire playboy Leo's (Eugenio Derbez) yacht. When Leo falls overboard and wakes up with amnesia, Kate decides to con him into believing she's his wife, to hilarious results.

Directed by: Claire Scanlon
Released: June 2018
Set It Up follows the journey of Harper (Zoey Deutch) and Charlie (Glen Powell), two overworked assistants, as they hatch a plan to make their demanding bosses (Lucy Liu and Taye Diggs) fall in love in order to buy some personal time for themselves. Unexpectedly, they fall for each other in the process.

Directed by: Jon M. Chu
Released: August 2018
When Rachel (Constance Wu) accepts her boyfriend Nick's (Henry Golding) invitation to visit his home country of Singapore, she has no idea that she's in for a huge surprise. Thrust into the luxurious and dazzling world of Singaporean high society, Rachel must gain the approval of Nick’s friends and family—especially Eleanor (Michelle Yeoh), his notoriously hard-to-please mother. An adaptation of Kevin Kwan's bestselling novel, Crazy Rich Asians boasts the distinction of being the top-grossing romantic comedy in the past six years, and one with an all-Asian cast to boot.

Directed by: Jesse Peretz
Released: August 2018
Annie's (Rose Byrne) relationship with her long-term boyfriend Duncan (Chris O'Dowd) is quickly going downhill, and his borderline-obsessive fanaticism of rockstar Tucker Crowe (Ethan Hawke) isn't helping any. Through a strange turn of events, Annie somehow manages to encounter Tucker himself, and slowly begins to fall for her rival in her boyfriend's affections. P.S. This movie is based on a novel by Nick Hornby, who also wrote About a Boy, among many others.

To All the Boys I’ve Loved Before

Directed by: Susan Johnson
Released: August 2018
An adaptation of the popular young-adult novel, To All the Boys I've Loved Before harkens back to those classic '80s teen romances. Lara Jean (Lana Condor) has an ingenious way of getting over a crush: When her feelings get too much to bear, she writes a love letter to the boy she likes and stores them away. When her letters somehow get mailed to her former crushes, Lara Jean is forced to reconnect and confront all of them, which results in her starting a fake relationship with high-school heartthrob Peter Kavinsky (Noah Centineo).

Directed by: Victor Levin
Released: August 2018
Featuring the reunion of Bram Stoker's Dracula co-stars Winona Ryder and Keanu Reeves, Destination Wedding tells the story of two strangers who meet at the airport en route to an idyllic wedding in a wine valley. Although they get off at a rocky start, they soon end up—surprise—falling for each other.

Sierra Burgess Is a Loser

Directed by: Ian Samuels
Released: September 2018
The latest in Netflix's string of rom-com releases, Sierra Burgess Is a Loser follows the story of Sierra (Shannon Purser), who starts flirting with the dashing Jamey (Noah Centineo) through text. The catch? He thinks that she’s actually the popular Veronica (Kristine Froseth), her bully and rival. The two unlikely partners-in-crime soon bond together to keep up the ruse, and form an unexpected friendship in the process.

Half Magic Juliet Naked Sierra Burgess Is A Loser Set It Up Romantic Comedy Love Simon Crazy Rich Asians Destination Wedding Movies Netflix Rom Com To All The Boys Ive Loved Before Hoverboard Book Club Film
Your Guide to Thriving in This Strange New World
Staying
In? What to watch, what to eat, and where to shop from home
OR
Heading
Out? What you need to know to stay safe when heading out