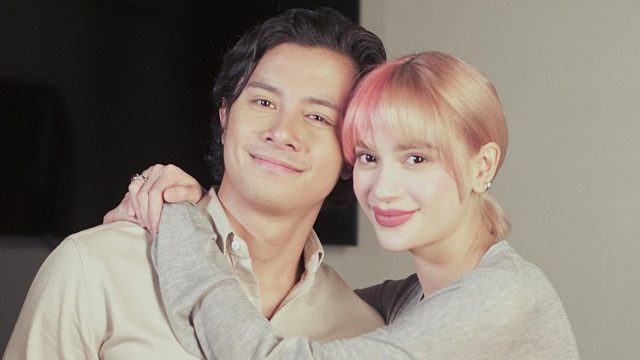 (SPOT.ph) While you're probably counting down the days until Carlo Aquino and Angelica Panganiban's Exes Baggage hits theaters (it premeires on September 26), you can add one more film to your to-watch list. The studio behind Exes Baggage, Black Sheep, is teaming up with T-Rex Entertainment for a new movie entitled Open. T-Rex Entertainment is the same studio behind Deadma Walking and the award-winning dark comedy, Patay Na Si Hesus. Open will be the first movie that puts together Arci Muñoz and JC Santos.

The movie was announced in an Instagram post by T-Rex Entertainment. Muñoz is set to play a character named Rome while Santos' character is named Ethan. In addition to Muñoz and Santos, the cast also includes Nikki Valdez, Alexa Ilacad, Vance Larena, and Agot Isidro.

Ilacad plays Angie, while Valdez plays Mica, who are both Rome's sisters.

Larena plays Ethan's best friend Archie. Isidro's role has yet to be announced.

The film will be directed by Andoy Ranay, who's known for his work on teleseryes like The Good Son and Till I Met You. He also directed the films Para Sa Hopeless Romantic and Diary ng Panget. The film is written by Wanggo Gallaga, who also wrote the horror film T'Yanak (which was directed by his father, Peque Gallaga).

Plot details of the film are still under wraps, but the announcement was made with the question, "How open are you about open relationships?" Muñoz is known for her roles in the hugot-worthy Camp Sawi and Always Be My Maybe. Santos also has done his fair share of romance flicks, including 100 Tula Para Kay Stella, Mr. and Mrs. Cruz, and The Day After Valentine's. Given their experience with the genre, it'll be exciting to see how the movie will turn out. No release date has been announced yet.

Wanggo Gallaga T-rex Entertainment Black Sheep Entertainment Jc Santos Arci Munoz Pinoy Movies Andoy Ranay
Your Guide to Thriving in This Strange New World
Staying
In? What to watch, what to eat, and where to shop from home
OR
Heading
Out? What you need to know to stay safe when heading out