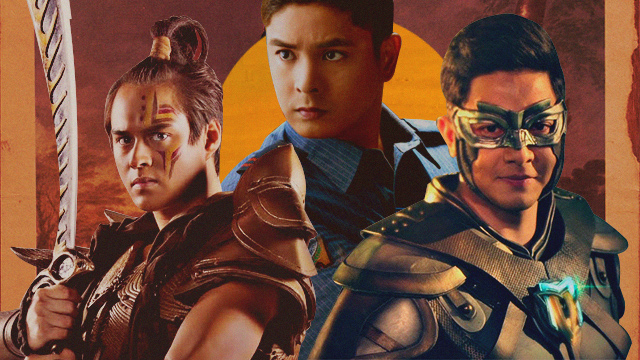 The Internet always finds out.

(SPOT.ph) When it comes to teleseryes, Pinoys always have something interesting to look forward to. While the plot twists and love teams will get you hooked, not everything about the TV shows are as polished as they can be. (You can’t blame them, though—sometimes they edit the episodes right before they air.) Still, it’s always hilarious when fans notice the bloopers that might have gone unnoticed by the cast and crew. It means fans are paying attention! We list down the ones that will make you laugh out loud.

A “Dead” Character Scratching His Nose on Ang Probinsyano

It’s not really a big deal when you see a bit player scratching his nose during a scene. Maybe they just couldn’t help it. But it’s something else when the bit player is already in a body bag—and supposedly dead. A Facebook user posted the funny video on September 11, saying, "Ngayon lang ako nakakita ng patay na nagkakamot ng ilong.”

You might expect fans of Dingdong Dantes and Marian Rivera to only be tuned into GMA-7, but some of them were alert enough to notice that their idols’ real-life family photo was being used as a prop in ABS-CBN’s Ang Probinsyano. The photos used on the show edited out Dantes and Rivera’s faces, but not their daughter Zia’s. Dantes took notice of the edited images and called out the production team of Ang Probinsyano for using his family’s personal photos.

There are a lot of memorable confrontation scenes from teleseryes, but none of them comes close to this scene from Ika-6 Na Utos. When archenemies Georgia (Ryza Cenon) and Emma (Sunshine Dizon) run into each other at a baby store, they grab for the same stroller. Things then start heating up—which might be why they start threatening to shoot each other...with plastic guns. It’s not exactly a blooper, but the ridiculousness of it all makes it hilarious and meme-worthy.

Smartphones might be all the rage nowadays, but who says you can’t go back to using a flip phone? Or maybe you can just literally flip a phone like Eddie Garcia did on Ang Probinsyano. None other than Vice Ganda noticed the mistake and posted it on his own Twitter account asking if it was real. He then posted a photo mimicking the mistake saying, “Kami talagang dalawa ang magkausap.”

The Plastic Chair on Encantadia

The mystical world of Encantadia is full of folklore, magic, and apparently, plastic chairs. The Internet wondered if the chair was part of the “modern” reimagining of the 2016 reboot, but it was (thankfully) just part of an outtake. Fans of the show said that the chair didn’t appear on the actual episode that aired, so it was most likely edited out.

The Lifeless CPR on Kambal Karibal

Not everyone knows how to do CPR—but they would at least know what it’s supposed to look like, and it’s definitely not how Kambal Karibal depicted it. While the loved ones of Geraldine (Carmina Villaroel) are crying into each other’s arms in the same room, the nurse “performing” the resuscitation is merely just moving her shoulders up and down while her hands are on the patient’s chest. Even the ghost of Geraldine looks confused.

The Nike Slipper on Bagani

In a made-up world like that of Bagani’s, you can’t really expect its characters to wear the same outfits as people in the real world. Well, except maybe if they’re Nike slides. In a scene where Lila (Ana Abad Santos) is walking through a forest, she is followed by men wearing slippers covered with what look like leaves—but only one of them has that trademark swoosh.

There are many reasons why “wild” is in this teleserye’s name. Case in point: The plot-twist-filled wedding, which ranked second on our Top 10 Most Entertaining Teleserye Weddings. Another reason is the episode where a bleeding Ivy (Maja Salvador) is rushed to the hospital with a nebulizer mask (that’s used for asthma) instead of an oxygen mask.

The “Fall” from Kambal Karibal

Sometimes, you just have to make do with what you have and hope that nobody notices. In one episode of Kambal Karibal, twins Crisan (Bianca Umali) and Crisel (Pauline Mendoza) are fighting on a building’s rooftop. Things get out of hand when Crisan pushes Crisel to the edge of the high-walled rooftop, leading Crisel to (obviously) climb on top of a box before “accidentally” falling off the building.

Victor Magtanggol Kambal Karibal Wildflower Ika-6 Na Utos Bagani Ang Probinsyano
Your Guide to Thriving in This Strange New World
Staying
In? What to watch, what to eat, and where to shop from home
OR
Heading
Out? What you need to know to stay safe when heading out