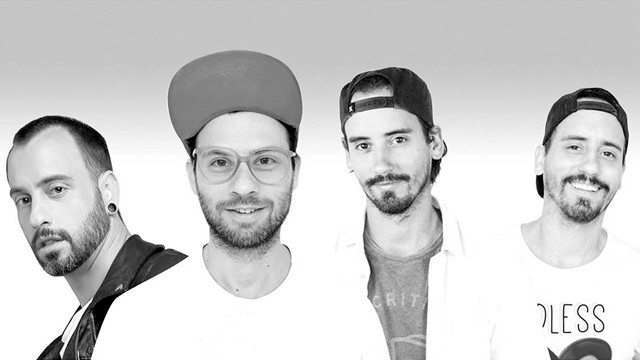 '90s Kids, The Moffatts Are Coming Back to Manila for a Reunion Concert

They're also performing in Cebu!

(SPOT.ph) If your pre-teen years during the '90s had a soundtrack, it would probably include the hits of Canadian pop-rock band The Moffatts. You might cringe as you remember who you dedicated "Miss You Like Crazy" to, but you'll definitely still sing your heart out when you hear it performed live. The good news is that The Moffatts are stopping by Manila for a reunion tour on November 30 at 8 p.m. at the Kia Theatre. They'll also be performing in Cebu at the Hoops Dome Arena on November 23.

The Moffatts, made up of Scott Moffatt and his triplet brothers Bob, Clint, and Dave, first started performing together in 1987. They have since gone on to produce six albums. In February 2017, Bob, Clint, and Scott returned to Manila after 16 years as part of their farewell tour. Dave, meanwhile, also held a farewell concert in May 2017. All four members of the band reunited for their single "Secrets," and their six-track EP of the same name, in 2018.

You can catch them perform their new songs along with classics like "Bang Bang Boom," "I'll Be There for You," "If Life Is So Short," "Girl of My Dreams," and "Until You Loved Me."

Tickets for their Manila concert, produced by Midas Productions, will be available online and at TicketNet outlets on September 29 at 10 a.m. Ticket prices are as follows: P10,000 (VIP M&G), P6,000 (VIP), P5,000 (VIP Balcony), P4,000 (Orchestra), and P3,000 (Balcony). The ticket prices are exclusive of TicketNet's service charge. The VIP M&G tickets are inclusive of VIP seats, a meet and greet opportunity with the band, and a pre-signed poster.

The Moffatts Music Concerts
Your Guide to Thriving in This Strange New World
Staying
In? What to watch, what to eat, and where to shop from home
OR
Heading
Out? What you need to know to stay safe when heading out