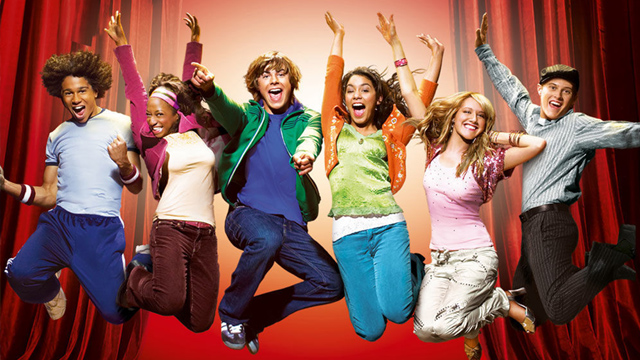 And they've finally found their lead!

(SPOT.ph) We're soaring, flying—and apparently getting more of High School Musical. While the third installment of the successful High School Musical (HSM) franchise was released in 2008 (Can you believe it's been 10 years?!), it seems that fans still can't get enough of all the singing and dancing. According to Deadline, a reboot series called High School Musical: The Musical is reportedly set to stream on Disney's yet-to-be-named streaming service in 2019.

The 10-episode series is a mockumentary-style show (think The Office and Modern Family), which follows a group of teenagers who are staging High School Musical for East High's winter production. There will be a fresh rendition of an old HSM song in each episode, along with a new original song. The show announced the roles they were casting in September 2018, and it looks like we have a new Troy—well, sort of.

Joshua Bassett (Stuck in the Middle) will play Ricky, a "cynical but charming high school junior" who auditions for the school play. But unlike Troy, who auditions so he can sing with Gabriella, Ricky tries out so he can win back his ex-girlfriend Nini. She's always been into theater, and actually just got back from summer camp where she played the lead in another play. Aside from finally finding her voice during vacation, she also found a new boyfriend. There's no word yet on who's set to play Nini.

The other characters of the show include E.J., Nini's new boyfriend who's set on becoming an entrepreneur, and his cousin, the horoscope-loving songwriter Ashlyn (who might remind you of Kelsey from the original HSM). There's also Big Red, Ricky's skate-rat wingman, the princess-like Gina, who feels like she should've been cast as the lead instead of Nini (like Sharpay to Gabriella), and the very active choreographer Vikram (who sounds just like Ryan Evans). Rounding up the cast is Miss Jenn, the new drama teacher who's moved back home to Utah from New York.

Oliver Goldstick (Ugly Betty, Pretty Little Liars, Desperate Housewives) will be the showrunner of the series while executive producers include Tim Federle (Ferdinand), Bill Borden, and Barry Rosenbush. Borden and Rosenbush were also executive producers of the original HSM series, so you can expect that the show will be in good hands. Fingers crossed there'll be a cameo from at least one of the original Wildcats.