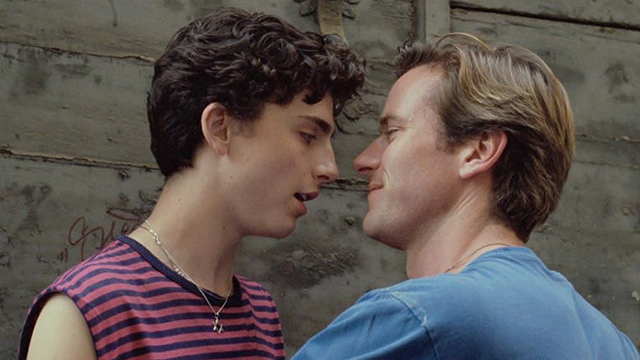 Enjoy it with live music!

(SPOT.ph) There's a lot to love about Call Me By Your Name. There's the ever-relatable story of falling in love for the first time, the idyllic Italian summer, the fresh and stylish outfits, and the music that just brings everything to a different level. Even the Academy seems to think so, since the film's soundtrack, Sufjan Stevens' "Mystery of Love" was nominated for Best Original Song. Luca Guadagnino's adaptation of André Aciman's novel also won Best Adapted Screenplay and was nominated for Best Picture. It also earned its lead, Timothée Chalamet a nomination for Best Actor.

Pinoy fans were able to watch the film and its wonderfully curated soundtrack when it first screened at the Cinema One Originals Festival in November 2017, then the movie had a wider release in January 2018. But now, you can experience the film in a whole new way—as a film concert. The Manila Symphony Orchestra will be performing the soundtrack of the film live for Call Me By Your Name In Concert, happening on October 28 at 8 p.m. at the Samsung Hall in SM Aura.

Call Me By Your Name follows the story of the 17-year-old Elio (Chalamet) during the summer of 1982. At first wary of Oliver (Armie Hammer), the visiting American grad student, Elio suddenly finds himself falling in love with him. Though their days together are numbered, they soon start an intimate relationship.

Tickets for Call Me By Your Name In Concert are at P2,700, exclusive of ticket charges. Tickets are available online and at Ticketworld outlets.