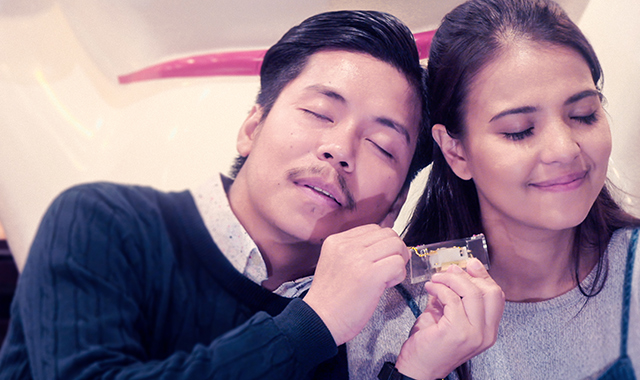 Along with It Takes a Man and a Woman, My Ex and Whys, Starting Over Again, and other hit movies.

(SPOT.ph) First, it was Mikhail Red’s Birdshot. Then, it was Jerrold Tarog’s Heneral Luna. And now, more Pinoy blockbusters will soon be on Netflix. The streaming service will now be adding more Filipino films to its slate, including Erik Matti's BuyBust (2018), which starts streaming on November 15,and Kita Kita (2017), which starts streaming on November 16. Rounding up the list of hit indie movies is 2014's That Thing Called Tadhana, which will be available soon.

In addition to the indie films, Pinoy mainstream movies will also be heading to Netflix. You can choose from romantic comedies featuring famous love teams like John Lloyd Cruz and Sarah Geronimo's You Changed My Life (2009) and It Takes a Man and a Woman (2013), Piolo Pascual and Toni Gonzaga's Starting Over Again (2014), Joshua Garcia and Julia Barretto's Vince & Kath & James (2016), and Liza Soberano and Enrique Gil's My Ex and Whys (2017).

You can have your pick from romance dramas like The Breakup Playlist (2015) starring Geronimo and Pascual, plus Cruz and Bea Alonzo's The Mistress (2012). There's also the family drama Seven Sundays (2017) starring Gil, Aga Muhlach, Dingdong Dantes, Cristine Reyes, and Ronaldo Valdez.

Only the release dates for BuyBust, Kita Kita, and Beauty and the Bestie have been announced as of writing.