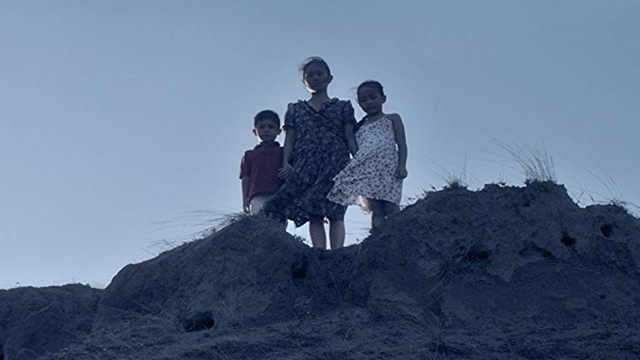 Lav Diaz's Norte, Hangganan ng Kasaysayan Is on BBC's List of Amazing Films From Around the World

(SPOT.ph) As one of the Philippines' most celebrated auteurs, Lav Diaz isn't new to being recognized for his talent. He has, after all, won in prestigious film festivals around the world, including the prized Golden Lion at the 73rd Venice International Film Festival for Ang Babaeng Humayo. His films are notorious for being several hours long—Hele Sa Hiwagang Hapis clocks in at a little over eight hours—but are also famous for the depth of their stories. Diaz's 2013 film, Norte, Hangganan ng Kasaysayan (or Norte, the End of History), is no different. And it's now included in BBC Culture's list of "Twelve Amazing Lesser-Known Films From Around the World."

The list is based on BBC's foreign-language film poll which covered over 66 countries. That means that some countries were represented on the list more than once, but Norte, the End of History made it as the lone Filipino work on the list. "Two hundred and fifty minutes of long takes and static cameras, Norte, the End of History may sound like hard work, but the mini-series running time allows its director, Lav Diaz, to include the tiny everyday details that most films cut out, and to ponder such gargantuan themes as evil, global capitalism, spirituality and atheism," author Nicholas Barber says in the article. He continues, "Critics compared it to the novels of Tolstoy and Dostoyevsky, but there isn’t another film like it."

The four-hour long film follows the lives of three people. Joaquin (Archie Alemania), who's only trying to make ends meet, gets blamed for the murder of his money lender. He is then imprisoned for the crime that he didn't commit. Meanwhile, his wife Eliza (Angeli Bayani) is left at home, desperately trying to provide for their children. While all this is happening, Fabian (Sid Lucero), the real criminal, walks free—but not from his disillusioned view of his country, which slowly takes a toll on his sanity.

The film received international critical acclaim in 2013. The British Film Institute's magazine, Sight & Sound, considered it one of the Top 10 films in 2013 while the International Cinephile Society Awards included it as one of the best films not released in 2013. The film's overwhelmingly positive reviews led to it being the Philippines' entry for the Best Foreign Language Film at the Academy Awards in 2015, though it wasn't shortlisted for a nomination.