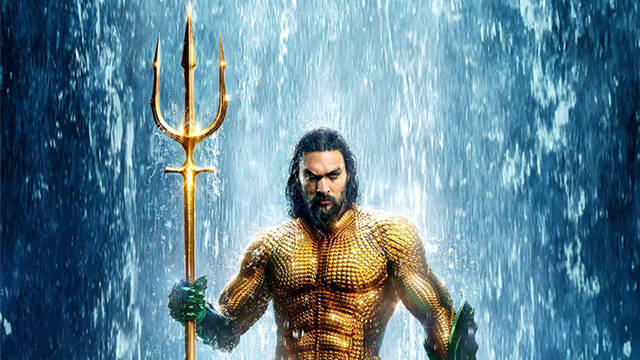 (SPOT.ph) We’re finally in the last stretch of the year! December is closing out with a bang, as you’re in for an exciting roster of new movies to catch before 2018 ends. This month, the Metro Manila Film Festival returns with a promising slate of Filipino cinema while Netflix pulls out all the stops with an all-star movie lineup. Here are just some of the new flicks to watch for this December.

Release date: December 5
Based on a 1983 TV series of the same name, Oscar-winning director Steve McQueen helms this exciting heist film about an armed robbery gone wrong as all four thieves are left dead after a police shootout. Their four widows have nothing in common but a large debt to pay, and they join forces to pull off an epic heist. Widows stars an exciting cast that includes Viola Davis, Liam Neeson, Daniel Kaluuya, Elizabeth Debicki, Jon Bernthal, Michelle Rodriguez, and Colin Farrell.

Release date: December 5
This post-apocalyptic film is set in a steampunk world where entire cities are now moving on wheels. It mainly centers on a mysterious woman named Hester (Hera Hilmar), who must stop London from destroying everything in its path. Along the way, she teams up with an outcast (Robert Sheehan) and a dangerous outlaw (Jihae). The movie is based on a popular novel series of the same name.

Mowgli: Legend of the Jungle

Release date: December 12
The Conjuring and Insidious’ James Wan returns to the director’s chair with the highly anticipated solo feature of Aquaman, starring Jason Momoa in the titular superhero role. The hero and heir to the underwater kingdom of Atlantis must return home and lead his people to fight against his half-brother, Orm (Patrick Wilson), who seeks to destroy the surface world.

Release date: December 14
Award-winning filmmaker Alfonso Cuaron is ready for more Oscar glory with Roma, which is already garnering plenty of praise from critics everywhere. The stunning black-and-white film (reportedly a semi-autobiography of Cuaron) is set in Mexico during the ‘70s, follows a middle-class family and the housekeeper who lives with them. Roma won the prestigious Golden Lion at the Venice Film Festival, and will be streaming worldwide on Netflix.

Release date: December 21
You’re in for a thrilling December as Netflix recruits Sandra Bullock to star in this exciting adaptation of a 2014 post-apocalyptic novel. The story follows a woman determined to keep her children safe as they search for sanctuary. But to get there, they’ll have to take the entire trip blindfolded, because if they see what’s out there, they die.

Release date: December 25
Anne Curtis has had a pretty interesting filmography this year, capping it off with a Metro Manila Film Festival (MMFF) entry directed by Yam Laranas. Not much is known of the plot just yet but based on the teaser, Aurora is a dark supernatural about a ship that crashes on the shores of a hometown and kills a thousand people on the spot.

Release date: December 25
It’s not the MMFF if there isn’t a family drama to get Pinoy audiences emotional. This year’s entry stars veteran actor Eddie Garcia, a married man who comes out as gay to his family, all in the hopes that he’d be able to care for his lover in their twilight years. The impressive cast also includes Gloria Romero, Tony Mabesa, Tirso Cruz III, Sunshine Cruz, and more.

Release date: December 25
Jericho Rosales returns to the MMFF with yet another romantic film that will make you swoon. This rom-com centers on Anne (Jessy Mendiola), who wakes up in the hotel room of a celebrity heartthrob (Rosales) with no recollection of what happened the night before.

Release date: December 25
Kim Chiu pairs up with Dennis Trillo and JC De Vera in this MMFF melodrama about a girl torn between the man that she thinks is her greatest love and another who sweeps her off her feet. The film is directed by Eric Quizon.