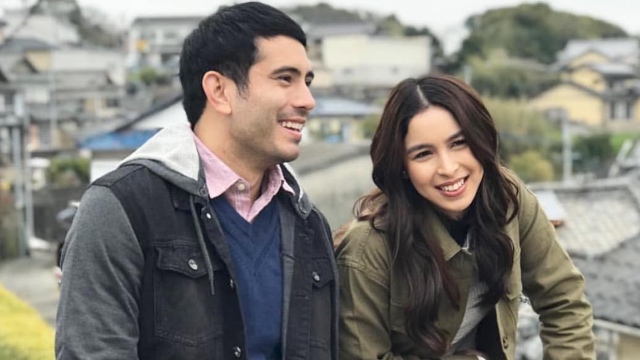 LOOK: Julia Barretto and Gerald Anderson Are Teaming Up for a New Movie

From the director behind 100 Tula Para Kay Stella!

(SPOT.ph) We already let you in on the news that Julia Barretto is set to star in a new movie with Black Sheep (the studio behind films like Exes Baggage and Alone/Together) and that the film will be directed by Jason Paul Laxamana, the director behind 100 Tula Para Kay Stella, The Day After Valentine's, and To Love Some Buddy. Now we've now got some more details behind her new flick and here's the most exciting one of all: She'll be starring alongside Gerald Anderson.

Here's what we know so far: The film, entitled Between Maybes tells the story of Hazel Ilagan (Barretto), a famous actress in the Philippines who feels she has lost control of her life and career and decides to find solace by traveling to Japan. Barretto shares on Black Sheep's IGTV that she finds the character to be relatable, and believes audiences will be able to relate to Hazel as well.

In Japan, Hazel meets Louie Puyat (Anderson), the son of two deported OFW's—this is where most of his problems spring from. Both characters are dealing with pain by way of isolating themselves. Anderson shares that the film deals with “losing yourself and finding yourself… and how somebody can help you find yourself again."

Laxamana describes the film's plot by saying that “These two lost souls encounter each other in Japan. Through their unusual relationship, they learn how to regain control of their lives.”

Even with just a few plot details, it already sounds like we need to gear up for mega feels, especially since because Black Sheep is known for their hugot-worthy flicks. This is also the first time we're seeing Barretto not starring alongside her long-time love team partner Joshua Garcia, so it'll be interesting to see her working with someone new. With other unlikely pairings appearing in recent films (like Nadine Lustre and Carlo Aquino in Ulan), it looks like we'll only continue seeing more young actors grow out of their love team shells and expanding to more challenging roles. Between Maybes doesn't have a release date just yet, but we're already counting down the days till we can see it.