What to Know About TATBILB 2's Ross Butler and Jordan Fisher
Loading
Already a member? Log in
No account yet? Create Account
Spot.ph is your one-stop urban lifestyle guide to the best of Manila. 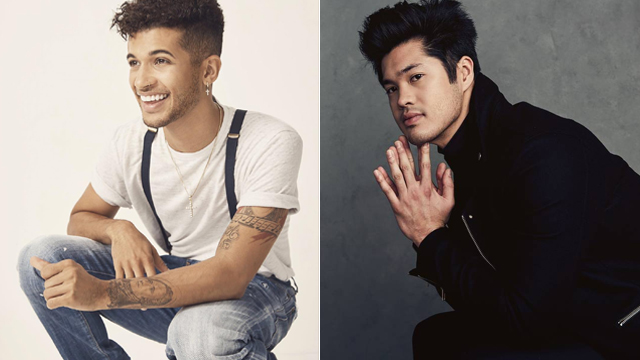 Who are Ross Butler and Jordan Fisher?

(SPOT.ph) Ever since the sequel for To All the Boys I've Loved Before was announced, fans have been waiting for every possible update. Now that the movie is finally in production, we've started getting more news about who's joining the cast. Lana Condor and Noah Centineo are set to reprise their roles as Lara Jean Covey and Peter Kavinsky, respectively, but they've got new castmates to share the big screen (well, your laptop screen, to be more accurate) with.

Netflix just announced that they'll be joined by Jordan Fisher, who's playing John Ambrose (a.k.a. one of the guys who received Lara Jean's letters and knocked on her door at the end of the first movie). They'll also be joined by Ross Butler, who's set to play Peter K's best friend Trevor. But before you fangirl all over the new leads, you might want to know a few things about them first—they might, after all, just be the Internet's new boyfriend (in addition to Centineo, of course).

You already know Ross Butler from Netflix's other show, 13 Reasons Why and Riverdale.

Butler might seem familiar to some—that's because he plays Zach Dempsey from 13 Reasons Why. He also played Reggie Mantle in the first season of Riverdale. Like many heartthrobs before him, Butler got some of his first acting gigs on Disney TV shows and movies. He starred in a TV show called K.C. Undercover with Zendaya.

Butler and Centineo are friends in real life.

According to producer Matt Kaplan in a report by Entertainment Weekly, Butler's "real-life friendship with Noah brings a natural chemistry and great rapport to the set and we can’t wait for fans to see this friendship play out onscreen."

Fisher is an all-around performer—he makes his own music and is also a Broadway star.

Aside from having acting gigs on shows like The Secret Life of the American Teenager and iCarly, Fisher is also a singer. He has a self-titled EP that came out in 2016 and has a couple of singles under his belt. Aside from making his own music, he also made his Broadway debut on none other than Hamilton as John Laurens/Philip Hamilton.

Butler and Fisher were Disney kids.

The sequel for To All the Boys I've Loved Before isn't going to be the first time Butler and Fisher will appear on a cast list together. They've also appeared in the Disney made-for-TV movie called Teen Beach 2, which revolves around two teen surfers who find themselves in a 1960s beach party movie.

Butler and Fisher have also appeared on the same TV show.