Morissette and Darren Espanto Sing Localized Version of Aladdin's "A Whole New World"
Loading
Already a member? Log in
No account yet? Create Account
Spot.ph is your one-stop urban lifestyle guide to the best of Manila. 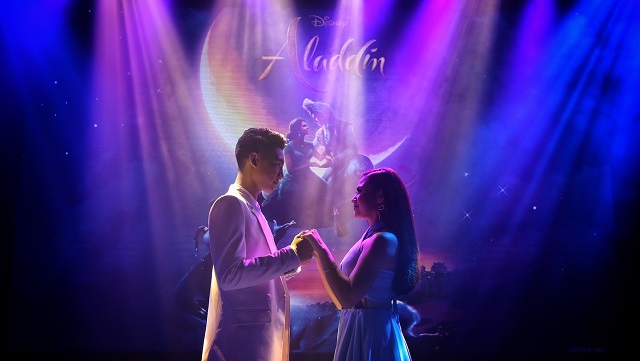 Another reason to sing along!

(SPOT.ph) No one can deny the magic of a Disney song. We all know the classics by heart, and now, you have another reason to sing along as Disney has announced a local rendition of Aladdin's "A Whole New World," featuring Morissette and Darren Espanto.

Twenty-two-year-old Morissette prepped for the project by looking back at Lea Salonga's recordings and performances with Brad Kane, the original Aladdin. "We really have to give our best and add our own flavor. Of course, there's pressure kasi napakaganda talaga ng [original rendition]," said Morissette in a media roundtable interview. Salonga provided the singing voice of Princess Jasmine in the 1992 animation.

Both Espanto and Morisette trained under Sarah Geronimo during their time as contestants on The Voice Philippines; Espanto, who was 12 at the time, joined The Voice Kids. It was also during this time they interacted with Salonga. "I hope Coach Lea is happy sa amin ni Darren, being from The Voice," said Morisette, with Espanto adding that they hope to give 'justice' to the classic duet.

The pair, who grew up with the original 1992 movie, are incredibly excited to  be part of this project. "[This remake] is a chance for the younger generation to relive what we felt as kids," said Espanto.

Directed by Guy Ritchie, the live-action remake of Aladdin stars Mena Massoud as Aladdin, Naomi Scott as Princess Jasmine, and Will Smith as Genie, originally voiced by the late Robin Williams.

There's no word yet on when the official track and music video will come out, but the Aladdin remake hits Philippine cinemas on May 22.