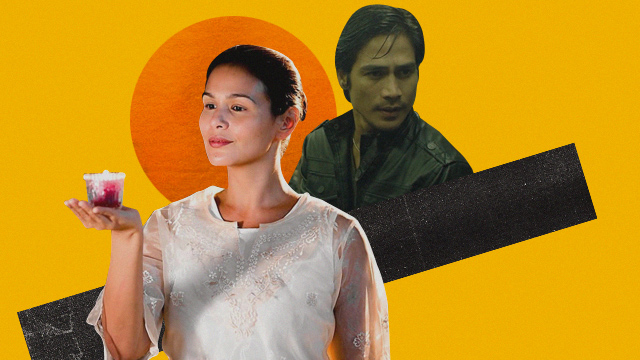 Local cinema's got a lot to offer.

(SPOT.ph) If mainstream sappy rom-coms, starry horror films, or low-budget attempts at blockbuster filmmaking aren't your thing, then you have a place at the table for indie films—those little films that could, without the backing of a huge studio. These Filipino indies are diamonds in the rough, with auteur directors doing passionate work or major stars able to push themselves creatively in ways they don’t usually get to do. Keep these titles in mind, as these indies don’t often get the time in the cinemas that they deserve, so when they’re released, make sure to seek these Pinoy films as soon as possible!

Director JP Habac announced late 2018 that he was working on a sequel to his 2017 hit I’m Drunk, I Love You. Recently, it was announced that this sequel would take place seven years after the first film, and that stars Paulo Avelino and Maja Salvador are back on board. The first film, nominated for several awards, was intoxicating in many different ways, and this sequel should be a great chaser.

It feels like Erik Matti’s On the Job 2 has been floating around for a long time now. According to reports, filming was supposed to have finished back in February of 2019 and is looking at a release sometime in June, though news is limited on the actual state and progress of OTJ2. Matti has been busy with his latest film Kuwaresma starring Sharon Cuneta, so with that out of the way now, there should be more bits and pieces coming out for this hotly anticipated sequel to the 2013 action-thriller.

Films set in the University of the Philippines-Diliman have become quite common (Ulan and Alone/Together being examples just in 2018), but they are usually focused on students or teachers, college life, and young adult relationships. In Iska, a title that refers to both girls who study in UP and the name of the lead character, Iska works as a photocopy machine lady at the state university, and somewhere along the way, "tragicomically loses everything and turns into someone society reckons her to be." Theodore Boborol, best known for directing Metro Manila Film Festival hit Vince and Kath and James, helms this Cinemalaya entry.

Actor, model, singer, and basketball player Xian Lim is adding another title to his name as he goes behind-the-camera for his directorial debut with Cinemalaya entry Tabon. Also co-written by the star, Lim’s Tabon is a psychological thriller about how a man’s reality is "tested when suspects are accused of a crime they believe not to have committed." The film sounds like it’ll be intense, and Lim trained under writer Ricky Lee to prepare for his first feature and went through all the steps other directors take to get to the final slate for the acclaimed film festival.

Before hitting Philippine theaters, Lav Diaz’s latest film Ang Hupa (The Halt) will make a trip to Cannes as part of the Director’s Fortnight section this May. Diaz goes dystopian with Ang Hupa, setting the film in 2034 and centering on a Southeast Asia that’s been living in darkness for three years due to the sun no longer shining. The film reunites Diaz with his Hele sa Hiwagang Hapis and Ang Panahon ng Halimaw leading man Piolo Pascual as well as fellow Diaz regulars Shaina Magdayao, Pinky Amador, and more. If you were wondering, the film clocks in at a hefty four hours and 36 minutes, about an hour and a half longer than Avengers: Endgame.

Rocco Nacino leads the cast of one of TBA Studios’ upcoming offerings entitled Write About Love. The romantic comedy, to be directed by Crisanto Aquino (My Rebound Girl), is about two writers who collaborate to write a romantic film, with creative differences cause issues between the two. The movie will have a film-within-a-film structure, and dig deep into the screenwriting experience. The film also stars Miles Ocampo, Yeng Constantino, and Joem Bascon.

After his first foray into mainstream film earlier in 2019  with The Last Fool Show, award-winning director Eduardo Roy Jr. goes back to the indie world with a mysterious Cinemalaya entry. Roy Jr., the director of critical darlings Pamilya Ordinaryo (which won Best Director and Best Film at Cinemalaya back in 2016) and Quick Change, has not said much about this film, and the Cinemalaya website’s description doesn’t help ("Fame is a constant effort.") but the risqué title and the bold filmmaker behind it should indicate something daring and different.

Iza Calzado continues to lend her name and acting talents to up-and-coming directors and indie filmmakers. She stars in this Cinemalaya entry about a single mother who maintains a positive outlook despite all the troubles around her. Calzado plays Elena, who is looking for work abroad to better provide for her family, and the film follows her preparations for the big job interview. The actress picked up several awards locally and internationally for her work in the psychological horror film Bliss, so anything that she attaches herself to in the indie world should be worth a look.

This 2019 Cinema One Originals entry is to be directed by Victor Villanueva, who is perhaps best known as the director behind 2016 hit Cebuano comedy Patay na si Hesus. Alongside Villanueva will be producer Dan Villegas and writer Natts Jadaone working together to create this film about a woman whose dreams seem to be blending her reality and her fantasy.