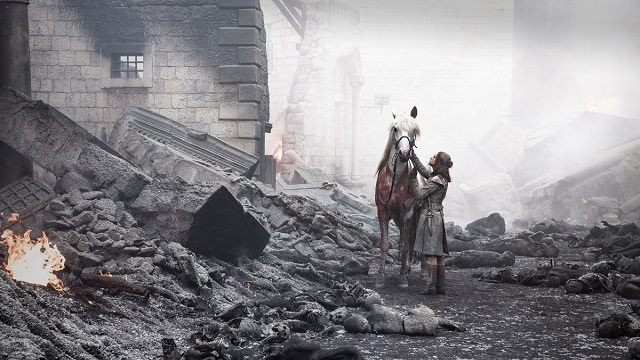 It certainly hasn't changed anything for HBO though.

(SPOT.ph) The latest and final season of Game of Thrones has been its most controversial yet, for all the wrong reasons. Anybody who's been on the Internet lately has seen it—fans do not appreciate how David Benioff and D.B. Weiss have handled the series' ending, and they want HBO to do something about it. The result: a petition on Change.org to remake the final season, which has gathered 1.2 million signatures as of today, May 20, also the airing date of the series' finale.

Started by user Dylan D. just a few days after the fourth episode, The Last of the Starks, the petition calls out producers Benioff and Weiss for failing to continue the series at the same level they did when they still had George R.R. Martin's books to rely on. The disgruntled fan specifically asks for a redo "with competent writers."

Other fans were quick to react, pointing out just how ridiculous a remake would be. It's a fact with which petition-maker Dylan D. seems to be aware. "I don’t think people can reasonably expect HBO to completely remake the season, or any part of this particular series," Dylan writes in an update on the petition, edited May 17. "It costs a fortune to shoot one episode, and I think most signers understand that."

Instead, the petition started more as a way for the fans to vent, and release some stress over the series' storyline. "As Heath Ledger’s Joker once said, 'It’s not about the money, it’s about sending a message,' and I think this message is one of frustration and disappointment at its core," Dylan wrote, who also thanked people for "signing this silly thing."

The Game of Thrones finale is set to air again tonight at 10 p.m. on HBO.