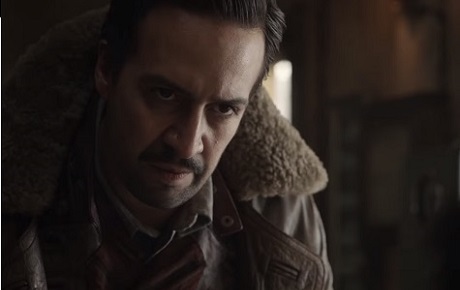 Something to fill the empty space left by Game of Thrones.

(SPOT.ph) Don't worry about having nothing left to binge-watch now that Game of Thrones is over. HBO, in partnership with the BBC, has given us something new to watch for. If you need more of that big-budget, on-screen fantasy action, then get ready for His Dark Materials, a new series starring James McAvoy and Lin-Manuel Miranda set to be released this 2019.

Based on the trilogy of the same name by author Philip Pullman, the first season will follow young Lyra (Dafne Keen) as she travels through different worlds trying to uncover many secrets, including one behind a strange phenomenon simply called Dust. McAvoy is set to play the mysterious Lord Asriel while Miranda stars as another adventurer by the name of Lee Scoresby. If the trailer is looking real busy, keep in mind that the dark fantasy includes a wide range of characters, including a polar bear and some witches, so expect one heck of an adventure.

Pullman's His Dark Materials trilogy—The Golden Compass (1995), The Subtle Knife (1997), and The Amber Spyglass (2000)—is supposedly a retelling of the epic poem Paradise Lost by John Milton. His work is highly acclaimed, with The Golden Compass (also known as Northern Lights) even winning a Carnegie Medal the same year it was published. But with heavy themes that delve into theology and philosphy, and at times even a clear critic of organized religion, His Dark Materials was also the second most banned book of 2008 in the United States, according to The Guardian.

A prior film based on the trilogy's first book was also released by New Line Cinema. You may remember The Golden Compass (2007), which starred big names like Nicole Kidman, Daniel Craig, Ian McKellen, and Eva Green. Unfortunately, the movie wasn't received very well, with critics saying the contents of the book were too much for a single full-length feature film. The proposed sequels never materialized.

Alhtough an official release date is yet to be set, BBC has already committed to a second season—so don't worry about emotionally investing in a new show too soon.