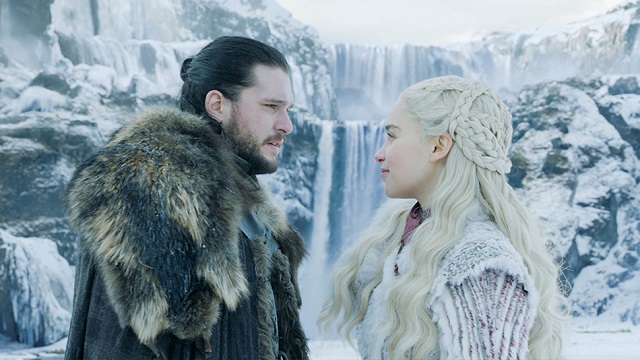 We knew what we were getting into.

Clearly, a lot of people were disappointed with the finale of Game of Thrones. Overnight literary critics appeared out of nowhere. Even an online petition to rewrite the entire material racked up over a million signatures. The bashing became so bad that Sophie Turner, who played Sansa Stark, put her foot down and called the petitioners "disrespectful" of the crew who worked so hard on the show.

But does effort or, more specifically, 50 nights of laborious shooting in the cold snow for one episode vaccinate Game of Thrones from valid criticisms? After all, there are some very valid ones in there, hidden under all the vitriol.

A Shortened Season Didn't Give the Story Justice

The most obvious flaw of the eighth season was its super condensed material—character arcs will diverge when you compress that much material into just six episodes. Hence the seemingly sudden shifts in Daenerys Targaryen (Emilia Clarke) and Tyrion Lannister's (Peter Dinklage) outlooks.

It's not David Benioff and D.B. Weiss being bad writers and producers that made the last season the way it was. In fact, halfway through the entire run Game of Thrones, somewhere around the fourth season, they were filling in significant stuff for author George R. R. Martin, because the show already outpaced the books' progress. (As of writing, Martin still has not finished writing his books.) If you cried through the show's biggest moments in the fifth to seventh seasons, then you cannot call Benioff and Weiss bad writers.

Unfortunately, Benioff and Weiss had so few episodes to work with in the last season. They only knew how the show would end, and they had to reverse engineer the literature from that point backward to create seasons five to seven.

The story was good—the time constraints and number of episodes just didn't give it justice.

The Night King Was Meant to Die Anyway

A lot of people say the Night King (Vladimír Furdík) died too easily and deserved a much more spectacular finish. Well, spectacular or not, he had to die anyway—he's not the main point of the show, so weren't as invested in him as someone who would play a big role in the show's finale.

Although magic plays a supporting role throughout the show, it was a bit of a distraction for the series because it never moved the story forward. The show's title, Game of Thrones, should have been a warning sign for the Night King's fans. The show was really about power and the political dynamics among the lords of the land, and not about necromancer ice wizards.

Ironically, the most hated character on the show was the one character who pushed the story forward: Littlefinger (Aidan Gillen). When Arya Stark ((Maisie Williams) slit his throat in the seventh season, it represented how Littlefinger's arc needed to end because he was already politically insignificant. All the Starks were independent, Queen Cersei (Lena Headey) wouldn't have him, and he could no longer manipulate anyone important.

Sometimes, a Horse is Just a Horse

Remember the final scene in Episode 5 showing Arya and a white horse making a connection and then leaving the burned city? In the opening scene of Episode 6, Arya is no longer riding a horse, but surveying the Dothraki horde, all of whom were riding white horses—it was not a special horse, after all.

It was ridiculous how people ascribed so much meaning to that scene. People were arguing about which passage in the Bible's Revelation the white horse was alluding to, and how it symbolized Arya as the Angel of Death who would kill Daenerys. When you are deeply invested in a show, you sometimes end up overthinking every minute detail of every scene. Take for example last season, when fans went overboard saying that Bran could warg into Jon Snow's sword because they saw the eyes of the wolf on its hilt turn white. Turns out it was just a drop of water landing on the hilt.

This is one of the reasons why some didn't like how the show ended—it didn't go the same way as their theories. So many theories were crushed, theories that were tragic or magical, just because the showrunners gave the show a normal ending. If some people were not happy with the ending, it might be because they invested in an arc that was never meant to happen anyway.

George R.R. Martin Is Trolling Us

Game of Thrones has always been about power and politics, and the show's ending appropriately showed that, from the negotiating table at Dragonpit to the final scene at the Small Council. It's amusing  how cheeky Martin trolled audiences with Bran Stark (Isaac Hempstead Wright).

In Plato's political philosophy, a philosopher king is someone who is wisest: He has a passionate love for knowledge and is almost unequalled in wisdom. He is the best fit to rule a kingdom, yet would never want to rule as king. As a result, philosopher kings are difficult to corrupt because they do not seek power. They shun it. Bran is Martin's philosopher king, and with him sitting on the throne, Martin may be saying, "I got you, fools!"

This was the ending he had planned with HBO many years ago, way back in the first season: Bran as a "philosopher king."

After everyone Martin had killed, after all the tragedy he had woven into Game of Thrones, we didn't see that coming.