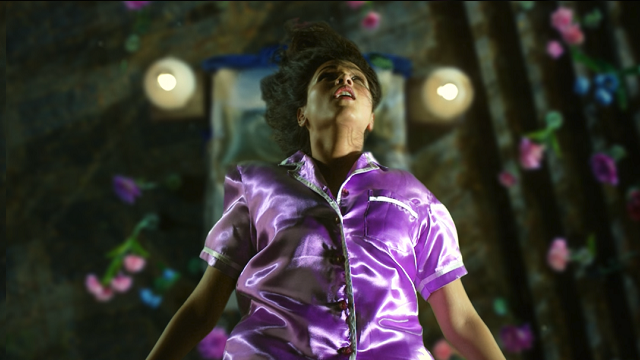 With Bliss actress Iza Calzado as his special guest.

(SPOT.ph) Thriller films are unique—they're stressful to watch, but you just can't get enough of the suspense. Now, Cinema '76 is giving us a chance to feel the fear all over again with a special screening of Jerrold Tarog's psychological thriller Bliss, followed by a Q&A with the director himself in Kwentuhan with Jerrold Tarog at their Anonas branch on June 1 at 5 p.m. The film's lead, Iza Calzado, will also be joining the discussion.

This is part of an ongoing project of Cinema '76 to bring together directors and their audience, according to Nicolle Ann Castillo, Marketing Director of TBA Studios, the independent film company behind the micro-cinema. On May 11, they brought in Dwein Baltazar, the director of Gusto Kita With All My Hypothalamus.

"[The audience] can ask [Tarog] anything under the sun, from his craft to his favorite scenes in the movie," said Castillo in a phone interview with SPOT.ph. "Kahit personal nga raw," she added.

The Q&A session is also a celebration of the official DVD release of the movie, said Castillo. So expect a fresh DVD copy of Bliss when you reserve a slot at their branches, and be sure to bring it with you to the event as it will also serve as your ticket! Don't forget to have your personal copy signed by the team, too.

The 2017 film follows the story of Jane Ciego (Calzado), an actor producing her own film for the first time. But lines between reality and her mind begin to blur when an accident while filming leaves her under house arrest, forcing her to remain under the care of her husband Joshua (Ian Veneracion) and a strange nurse named Lilibeth, played by Adrienne Vergara—who will also be hosting the Q&A session after the screening.

Tickets for the event are at P599. They've also got an early bird rate of P499 until tomorrow, May 28, so be quick if you want to save some cash.

You can get a ticket and the DVD at either of their branches in Quezon City and San Juan or through Ticket2Me and get the DVD at the event itself.