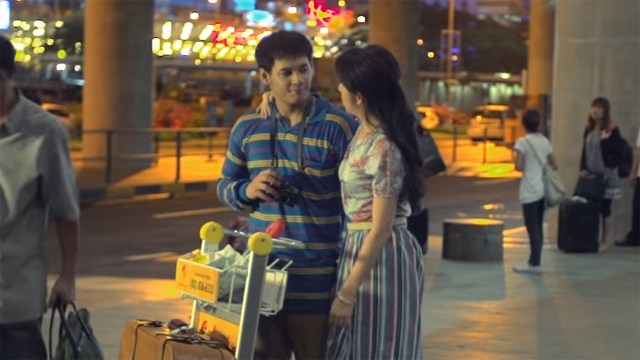 It's the first and only Filipino film festival in Berlin.

(SPOT.ph) Local talent on the global stage is always a sight to see—be it in the field of dance, animation, or film. The Philippine film scene likewise has plenty to offer, and it comes as no suprise that people abroad are taking notice. While there are moves in the global film industry to include us (three Pinoys are part of The Academy of Motion Picture Arts and Sciences!), it doesn't hurt to take more steps to bring Philippine cinema to a wider global audience. From November 6 to 10, the 2019 edition of The First Reel Film Festival, the first and only Filipino film festival in Germany, will take place at the Kino Moviemento in Berlin.

Organized by founder Lola Abrera and curated by Trinka Lat, the film festival is a biennal event that embraces Filipino filmmakers based in and out of their home country, and serves as a means for Filipinos based in Germany to keep in touch with their roots. The festival features post-screening forums and other opportunities that foster interaction between Filipino filmmakers and other members of the community. This year's theme is "Of Lives and Labels," which aims to tackle the many different issues and problems that plague the Filipino identity and the Philippines as a country.

The film festival will showcase several shorts from The Mindanao Film Festival and will host a dialogue with performance artist and activist Carlos Celdran. There will also be a session with Filipino-European rappers.

Here are the films in this year's lineup for the First Reel Film Festival:

Directed by Eddie Romero, the film follows a boy's (Christopher De Leon) journey from the province to Manila. He encounters several characters that make him question what it means to be a Filipino amidst the changing times brought about by the revolution against the Spaniards and later the American colonizers. It stars Gloria Diaz, Eddie Garcia, Dranreb Belleza, Rosemarie Gil, and Jaime Fabregas.

With rap and music stars Abra, Loonie, Kate Alejandrino, and Chai Fonacier, the film explores the vibrant rap scene in the country. A young boy (Abra) starts an unlikely friendship with an elderly bookkeeper (Dido de la Paz) as he proves his rapping skills amid disheartening urban surroundings.

Featuring a selection of local music from Ebe Dancel, Sandwich, Itchyworms, Pedicab, and more, the film revolves around the return of mute Gibson (Dominic Roco), to his home in Manila for Christmas as he begins to inject his life with more fun after an accident that changed his family's dynamics forever. In the process of recovering, he establishes friendships and falls in love with a girl (Annicka Dolonius). The film is directed by Marie Jamora and stars Dawn Zulueta, Boboy Garrovillo, and Felix Roco.

6 Degrees of Separation From Lilia Cuntapay (2011)

Veteran horror film actress Lilia Cuntapay finally gets a nomination for a role after years and years in the industry. Familiar yet unknown, the documentary is her first leading role and follows her preparation for her nomination speech. The film is directed by Antoinette Jadaone.

In this self-directed and self-produced film, Pulitzer prize-winning journalist Jose Antonio Vargas has successfully achieved the American dream and comes clean: He's an undocumented immigrant. In his journey to tell more people, he becomes an advocate and fighter for immigration reform in America, coupled with making others reevalute what it means to be American.

A half-black, half-Filipino Michael Jordan-wannabe (Ybes Bagadiong) fights tooth and nail to become a basketball legend, but the road to his hoop dreams are fraught with lies, deception, corruption, and drawbacks. The film is directed by Timmy Harn.