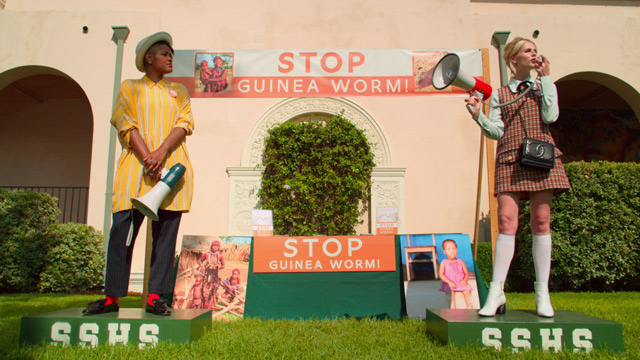 (SPOT.ph) Achievement can be measured in a variety of ways, but when you're in high school, it often means getting good grades, being the best at sports, playing in the school orchestra, or the crowning glory of them all: being student-council president. It might have been some time since you've encountered the fire and politics of high-school drama, but Ryan Murphy is bringing it all back in his new Netflix show: The Politician, starring Ben Platt, starts streaming September 27.

A satirical take on high-school politics and political aspirations, The Politician follows Payton Hobart, played by Platt, who has wanted to be President of the United States since he was 7. But before he can do that, he has to traverse the political landscape of Saint Sebastian High School and become student council president. Determined to get into Harvard as a stepping stone to achieve his goal of becoming a national leader, he has to stick to his principles and uphold his good reputation, all the while dealing with two-faced classmates and fierce competitors.

Murphy is working with Glee collaborators Brad Falchuk and Ian Brennan to bring this satire to life. Platt and Paltrow are also co-producing alongside Murphy, Falchuk, Brennan, and Alexis Martin Woodall.

The Politician starts streaming on Netflix on September 27.