apl.de.ap and Black Eyed Peas Will Perform in the 30th SEA Games
Loading
Already a member? Log in
No account yet? Create Account
Spot.ph is your one-stop urban lifestyle guide to the best of Manila. 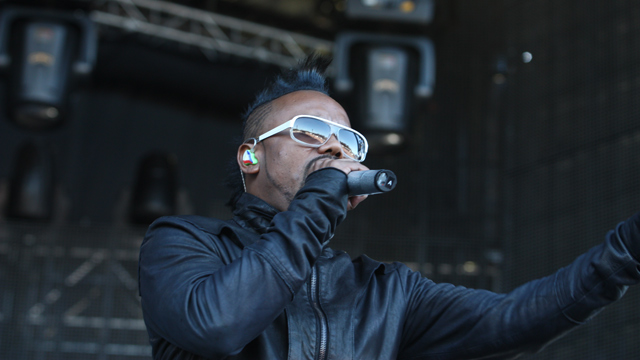 ICYMI: apl.de.ap and Black Eyed Peas to Perform at the SEA Games

Opening ceremonies are set for November 30.

You probably spent a chunk of the 2000s listening to Black Eyed Peas and singing along to their every song. We all got a kick out of hearing some of their lyrics in Filipino, courtesy of apl.de.ap. Still a fan? We have some good news for you: apl.de.ap and the Black Eyed Peas will be performing at the 30th Southeast Asian Games.

apl.de.ap, whose real name is Allan Pineda Lindo, will be performing at the Games' opening ceremonies, to be held at the Philippine Arena in Bulacan on November 30. The rest of the Black Eyed Peas are also set to perform at the closing rites, to be held at the New Clark City Athletics Stadium in Capas, Tarlac, on December 11.

The artist made it official on August 20 during a signing ceremony at the House of Representatives with House Speaker and Philippine SEA Games Organizing Committee chairman Alan Peter Cayetano.

Apl.de.ap is thrilled to be part of the SEA Games, especially since he was born in Barangay Sapang Bato in Angeles City, Pampanga. It's a stone's throw away from Clark, which is one of the main hubs of the biennial meet.

"I'm from Angeles City, Pampanga, and I won't miss it for the world," said Pineda. "I want to be part of this historic moment. It only happens every 20 years. I'm really proud of my country and I really want to share my talent and what I can provide for this event."

"I'm very excited to perform and rock the stage in the opening and the closing ceremony," he added.