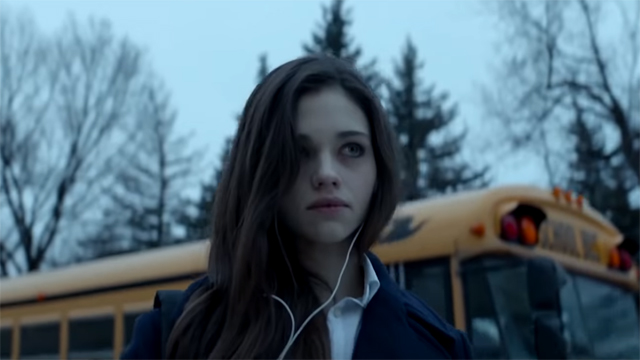 In case you need more than one horror flick a day.

(SPOT.ph) Watching horror movies at daytime seems safer and less horrifying than watching them at night, and one film is usually enough to give you the creeps for days. If you're a big fan of horror and just can't get enough, horror film festival Sine Sindak may just be for you. For only P199, you can watch an unlimited number of horror films for one day at SM Cinemas nationwide from October 23 to 29. But if you find that one movie is enough, you can still watch a film for P120 each.

Here are some of the horror movies you can watch in Sine Sindak:

A woman who lives alone in her apartment feels as if someone enters her home, and has trouble sleeping. Upon the advice of management and her friends, she changes her door lock, but even then, evidence pops up proving that there's a man who visits her. No one wants to believe her and as she gets to the bottom of it all by herself, she realizes her life is in danger. This Korean film is directed by Lee Kwon and stars Gong Hyo Jin, who has mostly done rom-coms.

This Thai film follows the life of Siri, a disobedient daughter who only plays at night with what her mother calls her imaginary friend. At first, it's not any cause for alarm, but she continues to display odd behavior and paranormal incidents begin to plague their home. While her mother is insistent that she's perfectly normal, her father, along with other people, thinks she may be possessed by an evil spirit.

Maria (India Eisley) is bullied at school for being too quiet and weird. Her major lack in confidence stirs problems for her household as well, since her parents have tried everything to help her make friends and be normal. Her reflection encourages her to do and be more, but her mirror image also claims that if they switch places for a day, she'll do everything she can to make the real Maria shine.