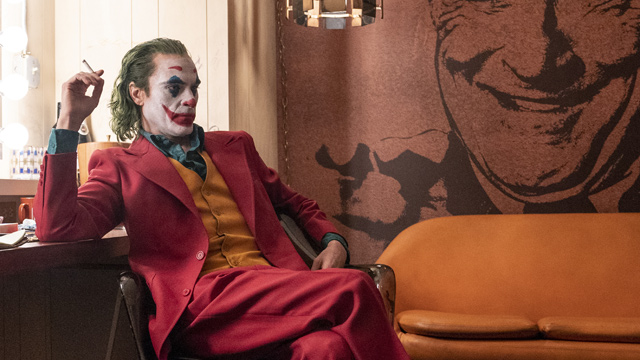 Joker Is a Wild, Unsettling Character Study of Batman’s Most Notorious Villain

Joaquin Phoenix joins the ranks of great cinematic Jokers in this film.

(SPOT.ph) “I used to think my life was a tragedy, but now I realize, it’s a comedy,” exclaims Arthur Fleck, later known as Joker as he ponders about how shattered his life has become. It is a perfect line to encapsulate Arthur’s mindset at that point in the film, and what he thinks of the world and the people around him. This is a line, however, that can only describe Joker, the character, and not Joker, the film—a surprisingly very serious (or at least attempts to be), dramatic, dark dive into mental illness and class warfare that is unlike any major superhero film that has come before it. There is very little that’s funny here, and the action isn’t directed or written with visual spectacle or creative choreography in mind. This is a film that wants to be both a great origin story (which it is), and a serious film about mental illness (which it can be but not always) at the same time. One thing’s for sure: This film does not want to be treated like a joke.

Before he takes the mantle of Joker, aspiring stand-up comic Arthur Fleck (Joaquin Phoenix at the top of his game) is working as a clown-for-hire, doing jobs like performing for sick kids at the hospital, or spinning a sign to lure in customers to a store. While he’s working the latter, he’s attacked by a bunch of kids who steal his sign and then beat him up. The citizens of Gotham City that they pass barely bat an eye. This is the state of Gotham—unruly, chaotic, and brutal, especially on people at the low end of the totem pole like Arthur.

Arthur is under tons of medication—he isn’t very well-liked as his co-workers find him weird, and to top that off, he suffers from a disorder that has him expressing all his emotions through uncontrollable laughter, making interactions with other people quite difficult. He lives with his mother, Penny (Frances Conroy), a woman who fully believes that Arthur is in this world to bring joy and laughter to others. When Arthur’s luck continues to fall, and things just start getting too intense, he snaps. A moment in the subway leads to a revolution in the streets where the “have-nots,” donning clown masks, challenge Gotham’s “haves”, which include a Donald Trump-like figure in Thomas Wayne (Brett Cullen)—yes, Bruce’s father. This leads to Arthur figuring out what his life should be, and what he must do to feel like he matters in this chaotic world that hates him.

Director Todd Phillips, best known as the director of The Hangover trilogy, does an incredible job with the look, the feel, and the style of the movie. Capturing '80s Gotham with such clarity, it’s a world that you would not want to live in. Phillips also just lets Phoenix do his thing, letting his usual cinematographer Lawrence Sher capture every little nuance in Phoenix’s performance. Joker is a beautifully crafted and highly engaging film. The director seems entirely convinced this is a very deep, very serious film, and at points it does feel that way. This is an attempt at a psychological character study on a figure best-known for being the clown to Batman. Whether the film succeeds is questionable, oftentimes coming off as if it’s way less serious than it thinks it is and that it has something to say.

The film digs into mental illness and toxicity in society, and attempts to have a discourse about what causes a madman to fire a gun—a too-real problem plaguing the United States right now. While Phillips and the film may think that they’re making Joker’s ideology and origin murky—or they at least try to do so— but the film is way too high on making Joker cool. Joker can spout all these things about being apolitical and that he stands for nothing, but the film very clearly showcases Joker as standing for something, and it’s a dangerous, terrifying idea that this mirrors a lot of what is happening in the world today. The best thing Joker does is bring this into the conversation, and this film is at its very best discusses tough topics in something as mainstream as a comic-book film.

Even with its missteps in tackling such heavy subjects, Joker as a film is phenomenally made. Gorgeously shot, with some terrific production design, and a chilling score, this film is another one from Warner Bros. that could change the course of comic-book films. Venom, another film that repositions the villain as a lead player (but Joker’s production team would very much like to highlight that Joker is not a hero nor an anti-hero, but some of the film’s actions say otherwise), plays along convention. Joker kicks convention aside, and cheerily walks to the beat of its own horn. From start to finish, Phoenix is magnetic. Whether he’s playing the sensitive side of Arthur, or the chaotic side of Joker, you can’t look away from his performance. It’s a mixture of Phoenix’s previous performances (specifically in Her and The Master) and feels like all of it has led to this portrayal. The rest of the cast do what they can with their material, including talented stars like Zazie Beetz and Brian Tyree Henry, though they don’t get much to do. The most a supporting character has, outside of Conroy, is Robert de Niro’s The King of Comedy-esque character, a late-night host and comic that Arthur sees as a hero.

Joker is not an easy film to digest, and it really shouldn’t be. The character has always been this wild and unpredictably violent character, but unlike previous incarnations, this Joker feels far too real and far too personal to just be thought of as just another comic-book villain. This film challenges morality and humanity more than one would probably expect, and while it’s a bit confused on the stand it wants to make, at the very least it opens up discussions on something so topical and important. This take on Joker has no time for funny business. Joker is a violent, unsettling, but incredibly well-made and engaging drama hidden behind the mask of a superhero movie, and is a film that will challenge what a comic-book adaptation can achieve, whether for good or evil.

Joker Movie Review
Your Guide to Thriving in This Strange New World
Staying
In? What to watch, what to eat, and where to shop from home
OR
Heading
Out? What you need to know to stay safe when heading out