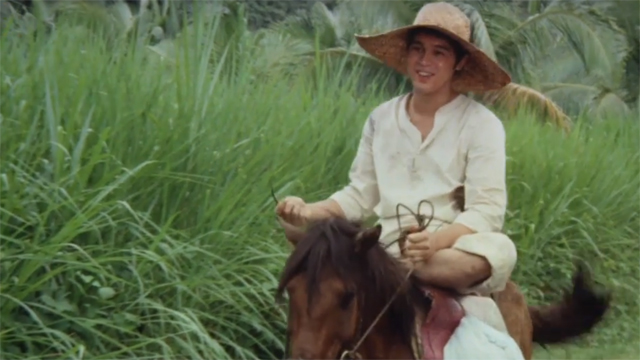 Restored and Remastered Filipino Films Are Screening All Month Long

(SPOT.ph) Philippine cinema is now on its hundredth year, and it only seems right to look back on the vibrant and colorful history of our country's films. From October 4 to 27, you can watch digitally restored and remastered films from ABS-CBN Film Restoration at the Anonas and San Juan branches of Cinema '76.

The lineup also includes films that discuss political issues or are adaptations of local literature: Ganito Kami Noon, Paano Kayo Ngayon? (1976) directed by Eddie Romero stars Gloria Diaz and Christopher De Leon, is set during the Spanish colonization period and goes into the concept of Filipino identity. Minsa'y Isang Gamu-Gamo (1976) by Lupita Concio shows the effects of foreign military presence in the Philippines, and Bata Bata, Paano Ka Ginawa? (1998) by Chito Roño is an adaptation of the novel of the same name which dissects issues of feminism, womanhood, and parenting as affected by Filipino society. For a story on family, friendship, and fantasy, check out Ang TV Movie: The Adarna Adventure (1996) directed by Johnny Manahan, which is based on classic Philippine literature Ibong Adarna.

Tickets are priced at P180 but students will only need to pay P150 per screening. Here are the times and dates when you can watch these remastered and restored films: