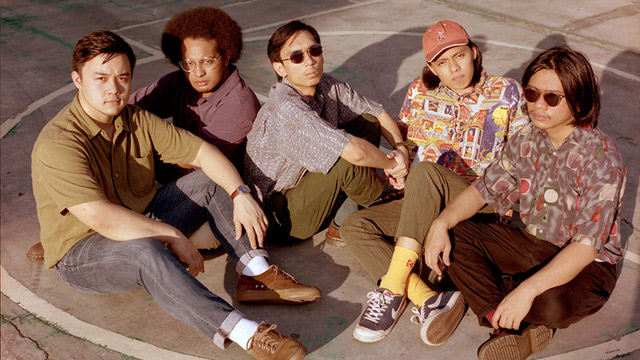 After conquering the live-music space, the young minds behind Karpos Multimedia—its CEO John Uy alongside a few partners—have branched out into artist management and record production through the launch of indie label Funky Records this October. The first artist signed up under the label is five-piece band Flu, who has just released their first single, "Fine Day."

Flu was formed when three of the members came together to fulfill the requirements of their music production class. The collaboration yielded not only exemplary academic marks, but also the decision to pursue a career in music.

With musical influences in Motown, neo-soul, funk, and disco (among others), one can definitely expect the unexpected. The band couples their candid songwriting with an overarching "feel good" theme throughout their work. They are busy working on their debut full-length album, which they hope to release before 2019 ends.

According to the Funky Records brief, the label "aims to render a full-service approach in building music careers for artists; with management, record production, and live bookings as their three general service pillars.

The decision to go into artist management meant finding the right artist not just to represent the fledgling label, but to establish the concept and sound of future artists, hence the inclusion of Flu to their roster. "Funky Records aims to do things differently by working not only for their artists, but with their artists," the release says. "As organic as the label was established by a group of friends who loved listening to music, so was the band formed by a group of friends who loved making it."

"Identifying unconventional talent is what the label is working hard towards," the release also says. "Although personal music biases come into play, the common goal is to work with artists that share the same yearning to go global, opening doors to a fruitful career both in and out of the Philippines.

Karpos Karpos Multimedia Funky Records Syndication Adventurer Sassy
Your Guide to Thriving in This Strange New World
Staying
In? What to watch, what to eat, and where to shop from home
OR
Heading
Out? What you need to know to stay safe when heading out