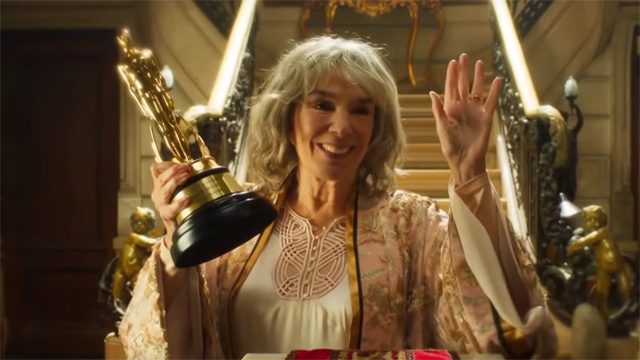 QC Folks, You're in for a Treat: Spanish Films Are Screening at UP Diliman for Free

Who can say no to a free screening?

(SPOT.ph) Spain is a beautiful country with breathtaking sights and delicious food. Aside from those tourist faves, the country is also known for a diverse selection of quality films. If the language barrier has been keeping you from checking foreign films out, fret not: some entries from the 2019 PELÍCULA Spanish Film Festival are screening with subtitles at the Cine Adarna at the University of the Philippines - Diliman on October 23 to 24. As if that's not enough reason to get excited, these screenings are also free!

Here are the PELÍCULA Spanish Film Festival entries you can watch for free at UP Diliman:

Schedule: October 23 at 5 p.m.
The UP Diliman stop of the film series opens with Salvador Simó's animated film, which blends animation with actual footage of Luis Buñuel’s documentary Tierra sin pan (Land Without Bread). This film captures the process of how the documentary was made in the county of Las Hurdes in Extremadura, Spain. This film has also been selected by the Spanish Film Academy as Spain's foreign film entry to the upcoming Oscars.

Schedule: October 23 at 7 p.m.
This Argentinean black comedy won the Audience Choice Award of the 2019 PELÍCULA Spanish Film Festival. Packed with humor, this film focuses on the lives of four cinema legends who have long passed their prime. It is directed by Oscar-winning filmmaker Juan José Campanella.

Schedule: October 24 at 5 p.m.
Directed by Lino Escalera, this multi-awarded 2017 Spanish drama revolves around a girl and her estranged father's relationship. As his death nears, they both struggle to accept the reality and gravity of his situation.

Schedule: October 24 at 7 p.m.
The film series caps off with Isabel Coixet's 2019 film Elisa y Marcela, which chronicles the struggles that two women had to go through before legally getting married in Galicia, Spain at the beginning of the 20th century. In order to to push through with the marriage, one of them had to adopt a male identity. This film is based on the true story of the first same-sex marriage in Spain after the age of the Roman Empire and is based on a true story.