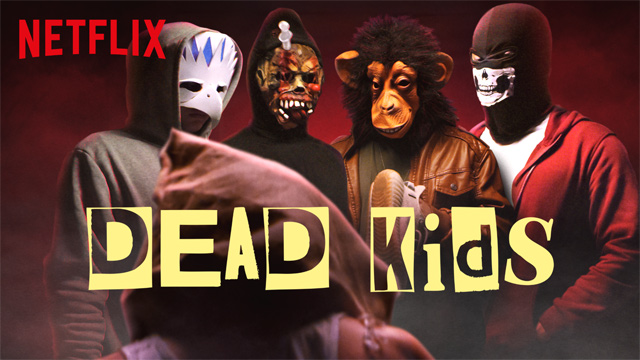 The young director is on a roll.

Red also took to Facebook to express his excitement.

It would be easy to drown in the achievement, but Red still has the local talents and the Filipino film industry in mind: "It has always been my dream as a filmmaker to bring Filipino cinema to a global audience. I am so glad and honored for Dead Kids to be a Netflix Film, which is a testament to the world-class talent here in the Philippines. I hope people around the world will appreciate Dead Kids, and I hope this also helps open doors for more Filipino filmmakers."

Streaming has made content accessible to viewers, and it presents a great opportunity for filmmakers to reach an audience. "Netflix is the perfect platform for the film to gain international spotlight, and we wouldn't be here without the hard work and determination of our cast, crew, and of course, Globe Studios," he shares.

Dead Kids is a film that would be difficult to box: Red has shared that the upcoming movie is a mix of horror, thriller, and coming-of-age that serves as social commentary on the youth's perspective on life and the world. The cast includes Sue Ramirez, Khalil Ramos, Markus Paterson, and Vance Larena, alongside rising young stars Kelvin Miranda, Gabby Padilla, and Jan Silverio.