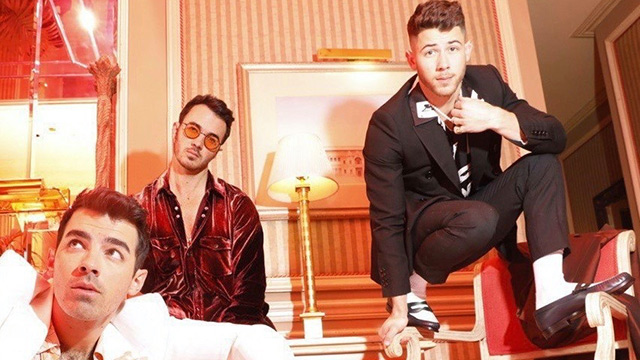 (SPOT.ph) Several things come to mind when you think of your childhood—candy and sweets that taste like happiness, the sometimes cringe-worthy trends of the old, and possibly your favorite TV flick. For some, that's Disney's Camp Rock, starring Demi Lovato as an aspiring singer. You don't have to lie—you once dreamed of joining said music camp and belting out the songs. Cast members Nick Jonas, Joe Jonas, and Kevin Jonas of The Jonas Brothers rose to fame with the film and they're paying homage to their roots, 12 years later. The three guys uploaded a video of them reenacting a car scene from Camp Rock.

Yes, this is real, and it's exactly what you need to see for a dose of nostalgia. They put in the extra effort to get the clothes right, along with matching wigs, and even that scarf to properly channel the 2000s vibe of the movie. If you missed the boys of fictional band Connect 3, Shane, Nate, and Jason have your back. A fan even put the original and the current version side by side to show how similar the two scenes are.

You might be chuckling at the theatrics, but there's also a special cameo from 30 Rock actor Jack McBrayer. He wasn't in the film or in the sequel, but it's a welcome surprise to the TikTok video that was posted without context. You're probably asking why they did this but hey, we're not one to complain about this throwback. Here's to hoping they'll do more!

Oh, and before you go, here's a video of Joe's 2020 take on character Shane Gray: