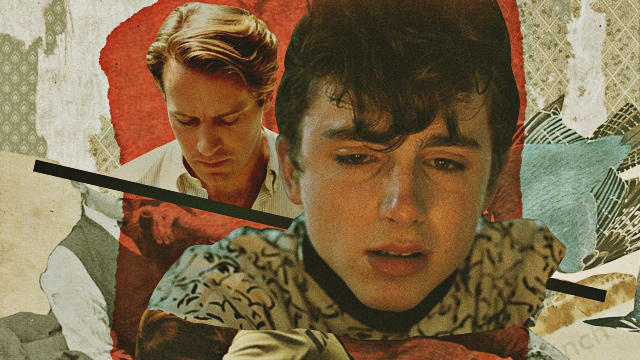 Top 10 Most Jaw-Dropping Breakup Scenes of All Time

(SPOT.ph) No breakup is ever pretty—though they can be cathartic and even funny in hindsight—but Hollywood has a way of milking a love story for every drop of ugly, heart-wrenching drama. These movies show the most riveting ways that relationships can fall apart, from wordless, understated goodbyes to loud, explosive fights. The characters may (or may not) get back together eventually, but the collapse of their fictional relationships feels just as devastating and irreparable at the moment as a real-life breakup would. Read, watch the clips, and make sure you have enough tissues and sweets to counter all the sadness.

Here are the most intense movie breakup scenes of all time:

In Los Angeles, two dreamers bond over their passion for their careers, which, ironically, are partly why their relationship falls apart—a relatable pain point to any adulting person. The push and pull between aspiring actress Mia (Emma Stone) and jazz musician Sebastian (Ryan Gosling) culminates on the opening night of Mia’s play, which practically no one attends, not even Sebastian. He arrives late because of work, just in time to see Mia storm out of the theater, out of the city, and out of their relationship. Eventually, they reach an amicable point, but there’s no repairing their relationship. In the end, they make their dreams come true but not together, just as each other’s “someone in the crowd.”

On day 290 of their time together, Tom (Joseph Gordon-Levitt) thinks he and Summer (Zooey Deschanel) are sharing just another meal of pancakes and sausages at the diner. But it’s then that she essentially dumps him because they’ve been “like Sid and Nancy for months.” Though their fights hardly compare to the Sex Pistols bassist allegedly stabbing his girlfriend to death, the breakup does feel like a fatal stab to Tom. The final blow? When Tom walks out of the diner and Summer calls out to him, “You’re still my best friend!” Ouch—blindsided, dumped, and friend-zoned in less than five minutes.

When Ruth (Roseanne Barr) finds out that her husband, Bob (Ed Begley Jr.), is cheating on her with romance novelist Mary (Meryl Streep), it’s Bob who has the audacity to get mad at her. The accountant lectures her on his four main assets: a home, a family, a career, and the freedom to enjoy the fruits of his labor. His one liability? Ruth, a “bad mother, lousy wife, terrible cook,” and “she-devil.” It’s a terrible way to be dumped by someone you thought you were going to spend the rest of your life with, and it spurs Ruth on to make his life a living hell.

First up is his home. Alone in their house, Ruth uses every appliance and flammable substance possible to blow up Bob’s first main asset. She crosses off his remaining assets one by one and turns his one “liability” into the biggest asset he ever lost.

In '80s Italy, what begins as just another summer for Elio (Timothee Chalamet) becomes something extraordinary and life-changing for the teenager. He falls in love with Oliver (Armie Hammer), his dad’s intern who also happens to be bunking in Elio's room. After circling each other and occasionally annoying one another, they start sneaking around, though Elio’s parents are well aware of their summer romance. The season flies by and before they know it, they’re at the train station, saying “later” with a wordless, extra long hug. It’s a quiet, poignant end to their story that feels extra soul-crushing to anyone pining for the one that got away.

There’s very little shouting when housewife Joanna (Meryl Streep) leaves her workaholic husband, Ted (Dustin Hoffman), but behind her words is the heavy weight of running the household and keeping the family together. Her emotional labor is unpaid and unrecognized for many years—a familiar conflict for women even decades after the movie came out. Ted is confused and Joanna is calm until he pleads with her to stay. She won’t be taking their little boy with her, convinced that she’s “terrible” for him. “I don’t love you anymore,” she tells Ted as she walks out. More than a year later, she comes back to claim their son, starting a custody battle that neither truly wins.

If you expect to be engaged by the end of the night and get dumped instead, it makes the heartbreak and humiliation infinitely more painful. When her college boyfriend Warner (Matthew Davis) takes her to a romantic restaurant, sorority girl Elle (Reese Witherspoon) is fully expecting him to put a ring on it. It’s the shock of her life when he dumps her instead in the most condescending way. He says he needs to marry “a Jackie [Kennedy], not a Marilyn [Monroe],” and Elle goes off. “So you’re breaking up with me because I’m too… blond?” She cries, she wails, and she storms out in a huff. She hatches a plan to go to law school and win him back, only to find something infinitely better—her self-worth.

Weighed down by his troubled past, janitor and self-taught genius Will (Matt Damon) thinks Harvard student Skylar (Minnie Driver) is too good to be true. When she asks him to move with her from Massachusetts to California, Will’s insecurities and inner darkness come to light. In the heat of the argument, he confesses that he’s an orphan who was abused as a kid. He says the kind of things that are very hard to take back (if at all). He accuses Skylar of “slumming it” with him for the sake of a good story. He says he doesn’t love her and storms out, leaving Skylar a sobbing mess. But eventually, Will sorts himself out with the help of his friends and mentors, and he drives across the country to be with her.

Breakups are rarely easy, and it’s even more heart-wrenching when you have nine years of history together. College sweethearts Jenny (Gina Rodriguez) and Nate (LaKeith Stanfield) grew up together in New York—but also grew apart. When Jenny gets offered a job across the country, it proves to be the final straw. Their relationship is already crumbling, but that doesn’t make their breakup any less devastating. “Please don’t end us… What if we’re meant to be together? What if it’s supposed to be us?” Jenny cries, her mascara running down her face.

What makes that flashback scene extra effective is the scene that comes right after: Jenny finds closure at a gig where she mouths “I love you” to Nate across the room, and on the streets of New York that hold of their memories together. “Unfortunately, sometimes things don’t break—they shatter. But when you let the light in, shattered glass will glitter. And in those moments, when the pieces of what we were catch the sun, I’ll remember just how beautiful it was. Just how beautiful it’ll always be. Because it was us. And we were magic. Forever.” Are you crying yet?

It’s one thing to break up with the love of your life—it’s another to be forced to break up because your parents said so. Sparks fly from the moment blue-collar worker Noah (Ryan Gosling) and heiress Allie (Rachel McAdams) meet in 1940s South Carolina—and their breakup is just as heated. Their whirlwind romance is cut short when Allie’s parents deem Noah too poor for her and ban her from seeing him again. Though their love is real and deep, they realize that they want different things for each other. Allie wants to defy her parents and be with him, while Noah claims there’s no space for him in her world. In frustration, Allie hits Noah and screams, “It’s over! I hate you! Leave!” He does and she breaks down, pleading for things to go back to normal. It’s years before they see each other again, but time and distance prove to be no match for their love

Built up and then torn down, this love story leaves not just two hearts broken. Not long after Cindy (Michelle Williams) and Dean (Ryan Gosling) start dating, she finds out that she’s pregnant with her ex’s child. They get married and raise the child together, but it’s not the happily ever after they hoped for. Five years later, the daily grind, jealousy, and alcohol abuse cause their relationship to fall apart. After an unsuccessful night of trying to rekindle their relationship, Dean makes a scene at Cindy’s workplace and it’s the last straw for her. She says, “I’ve had it up to here. I’m done. I’m so out of love with you. I have nothing left for you, nothing!”

As if things aren’t bad enough, her boss, whom Dean knows made a pass at her, enters the scene. Dean strangles and punches him, giving her boss a reason to fire her and kick both of them out. Even when things somewhat cool down, Cindy insists on getting a divorce. The story culminates on a somber, open-ended note, with their kid running after Dean and pleading for him to stay.