HBO GO Offers Free Streaming of Select HBO Originals Until May 15
Loading
Already a member? Log in
No account yet? Create Account
Spot.ph is your one-stop urban lifestyle guide to the best of Manila. 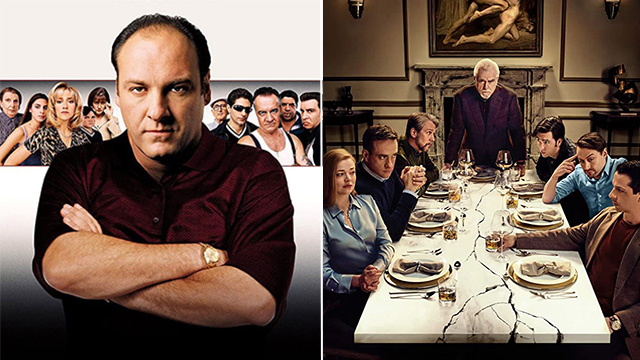 (SPOT.ph) There's no doubt that streaming platforms have made your fave shows more accessible. Not only can you keep track of things you've watched and are yet to check out, but you've also got dozens of titles to choose from for unlimited viewing. While all that is great, subscription fees can pile up and your busy schedule could be preventing you from maxing out your monthly payment. Worse, you've paid for your subscription but you don't see yourself watching the next three seasons. If you're looking to binge-watch without committing to a full month's plan, we have some good news for you: You can now watch the first season of selected HBO Originals like The Sopranos, Succession, and more on HBO GO for free until May 15—no registration or subscription required.

If you're a huge fan of Asian series, HBO GO is home to several you'll want to check out: horror anthology Folklore is based on folklores from countries like Japan, Korea, Thailand, and more; Invisible Stories is all about a fictional community in Singapore; Miss Sherlock takes the classic tale of Sherlock Holmes and gives it a Japanese twist; Teenage Psychic trails the life of a spiritually gift Taiwanese girl who just wants a normal high-school experience; and The World Between Us is a Taiwanese series that unravels the aftermath of a mass shooting.

The first seasons of a few docu-series are also available. If you think you can't actually scam anyone in a game of Monopoly, think again—McMillion$ delves deep into the 2001 McDonald's Monopoly game scandal. If celebrity documentaries are more your thing, you'll enjoy Jane Fonda In Five Acts, which revolves around the life, career, and controversies of the actress and political activist. And before you explore Silicon Valley yourself, might want to know more about the region and its culture by watching The Inventor: Out for Blood in Silicon Valley, which lays out the history of Theranos, a healthcare company founded by Elizabeth Holmes.

Desktop users can access HBO GO on the HBO GO website, but if you prefer watching on your mobile device, you can download the HBO GO app. Do remember that you're only getting access to the first season, so if you get hooked, you'll have to subscribe to watch the rest. If you’re having trouble figuring out the subscription and what the perks are, we have a short HBO GO guide to help you out.

HBO GO is available via the HBO GO website and on the Apple App Store and Google Play Store.

Hbo Hbo Go Hbo Originals The Sopranos Veep Ballers Succession Folklore Invisible Stories Miss Sherlock Teenage Psychic The World Between Us Mcmillion$ Jane Fonda In Five Acts The Inventor Out For Blood In Silicon Valley Streaming
Your Guide to Thriving in This Strange New World
Staying
In? What to watch, what to eat, and where to shop from home
OR
Heading
Out? What you need to know to stay safe when heading out