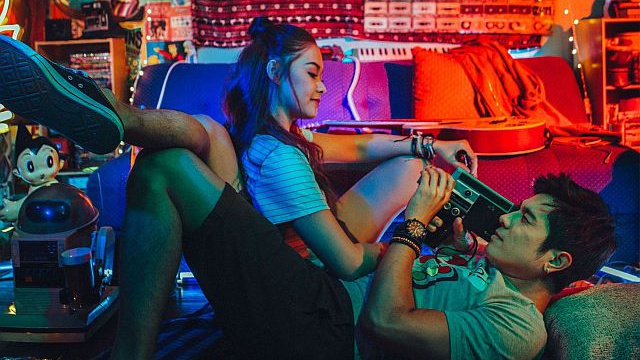 You Can Now Watch I’m Drunk, I Love You for Free

Time to do the bagnet dance.

(SPOT.ph) There’s been a surge of both international and local movies released online for free in the last few weeks—particularly to keep those stuck at home during this pandemic sane and in high spirits. If you’re on the lookout all the available films you can watch online for your next movie marathon, here’s a local flick to add to your list: you can now watch the 2017 rom-com I’m Drunk, I Love You for free on YouTube!

The film’s official Twitter account came out with a teasing tweet on April 23, encouraging fans to stay tuned to YouTube at midnight on April 24. Many were already anticipating that the full film would be made available on the site.

However, just before the clock struck 12, the account changed its release schedule and announced that the "something" it was teasing would instead come out at 12 p.m. I'm Drunk, I Love You's Twitter account kept us on the edge of our seats, but it was well worth the wait!

The JP Habac film stars Maja Salvador and Paulo Avelino as college best friends Carson and Dio, respectively. The two go on a road trip together where their true feelings and frusrations towards each other are revealed over days spent at the beach and nights spent downing bottles. It's revealed early on that Salvador's character Carson had feelings for Avelino's Dio for as long as seven years! If you've ever experienced unrequited love, this one will hit you right in the feels!

Fun fact: Director Habac was inspired to create the film by his own nightly drinking sessions with friends—so why not round up the gang virtually and watch this over the weekend?

I’m Drunk, I Love You is available to watch for free on TBA Studios' YouTube channel.

I'm Drunk I Love You Entertainment Savvy Adventurer Youtube Tba Studios Maja Salvador Paulo Avelino Free Things To Do
Your Guide to Thriving in This Strange New World
Staying
In? What to watch, what to eat, and where to shop from home
OR
Heading
Out? What you need to know to stay safe when heading out