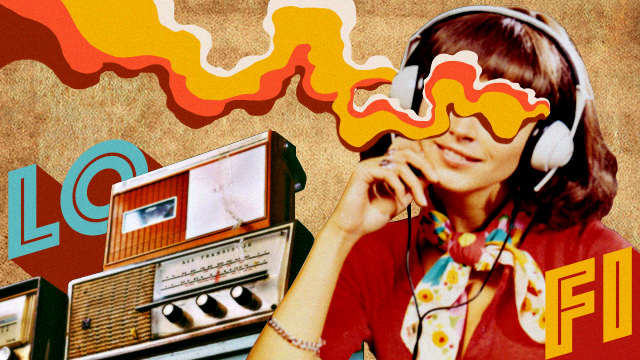 The Lowdown on Lo-Fi: What It Is and Why You Should Listen to It

A five-minute guide for folks who just don't get the trend.

(SPOT.ph) Glorified elevator music. Granted, those could be the first words you think of when someone hits you with “Hey, do you listen to lo-fi?” But listen up, there’s more to this background noise than you think. Lo-fi has overtaken YouTube with multiple channels spitting out different versions of what deceptively sounds like the exact same thing: chill beats to listen to while studying/relaxing/gaming/offering up a chicken to some demon.

The genre as it is today rides a lot on the aesthetic nostalgia of childhood anime and sounds (think classic '90s hip-hop)—rounded out by a gritty, raw, and more authentic type of recording, with “mistakes” sometimes intended, sometimes organic. Take for example the stream above: ChilledCow's endless flow of downtempo beats. This is arguably the best-known stream right now—people actually panicked a bit when YouTube took it down for a few days—so hit play, zone out, and read on.

Also read:
Creating a Closet Staple: The Fascinating History of the White T-Shirt
The Philippines Isn’t What It Used to Be

What Is Lo-Fi, Anyway?

Let’s start with the basics: Lo-fi is the shortened form of low fidelity, the direct opposite of high fidelity. You’ve probably seen hi-fi labels on music equipment before, and the term is a favorite of audiophiles when talking about sound quality. Fidelity means faithfulness, and in this specific context, high or low fidelity refers to the level of faithfulness to sound. Lo-fi recordings are often rife with distortion, noise, and a bit of a hiss. Just think of the difference between AM and FM radio stations—ever wondered why the different sound quality brings out equally different emotions and memories?

Before the term was used to describe a genre, lo-fi was used to refer to records made with substandard equipment. Typically, most of the '60s garage rock and '70s punk rock fell under this classification thanks to studios that used cheap equipment to record and churn out albums fast—meaning that, yup, lo-fi has its roots in good old rock & roll (at least, the name does).

How Is Lo-Fi Used in Popular Music?

With the influx of indie rockers making music in American and English garages though, “Lo-fi” began to be associated with the gritty music of these underground '80s bands. Big bands from this time, such as R.E.M., pumped out music that was a bit out of the spectrum and decidedly tagged under lo-fi. “The thin quality of the recordings, the layers of tape distortion and hiss, as well as the tendency toward abstract, obtuse lyrics made the music sound different and left of center,” according to AllMusic. So at this point, you could think of “lo-fi” as the zines of the underground music movement—unpolished, mostly self-published works that could boast some higher degree of authenticity, or at least raw, unique, charm.

As the '90s went on, lo-fi music became even more erratic. The genre fully crossed over into the land of outlandish lyrics and purposefully noisy sounds wrapped up in a gritty recording and a bow. Artists like Liz Phair and Beck brought a relatively neater version of the music into the mainstream. Beck’s “Loser” (sing it with us now, “Someone keeps sayin' I'm insane to complain / About a shotgun wedding and a stain on my shirt / Don't believe everything that you read”) was recorded in his producer’s kitchen.

So how did this morph into the chill, ambient beats streaming everywhere on YouTube today as lo-fi hip-hop? The transformation hasn’t been officially traced, but there are two huge hip-hop names that are constantly cited: J Dilla and Nujabes.

J Dilla was an American producer and rapper whose works in the early 2000s have proven to be highly influential. “[J Dilla] felt that hip-hop should be best experienced the way that he experienced it, which was an amount of imperfection, sort of a lo-fi sounding audio experience,” said Questlove, The Roots’ drummer and American music journalist, in a WIRED video.

Nujabes was a Japanese producer who worked in a similar vein of lo-fi hip-hop. Some argue that he bridged the subgenre with anime, giving it the aesthetic experience it has today, thanks to his work on Samurai Champloo. Check out the opening theme!

What Is Lo-Fi Hip Hop?

“The whole idea [of lo-fi hip-hop] is sonic nostalgia, but not in an overly aggressive or ironic way like vaporwave or retrowave,” YouTuber Ryan Celsius, who has a lo-fi channel on the platform, told Genius. “It’s usually beat production that can sound undermixed, containing intended or unintended imperfections with a heavy focus on creative sample use and authentic sounding drums kits. It’s usually a tape hiss or some analog distortion set against a simple set of drum loops and an incredible sample selection.”

Lo-fi hip-hop has carved out its own not-so-little corner on YouTube today, with user-generated content constantly streaming with an endless list of channels to choose from. Some of these channels have owners that either curate and stream songs or users that push out their own content. What’s different about lo-fi is that despite its popularity, there are no big record labels taking up too much space, or single artists to follow—just nostalgia-filled aesthetics, downtempo beats and distortions, hazy vocals, and great samples.

Like most things that have become too popular, lo-fi has also almost pushed over into the brink of ironic meme-dom. Anything that even verged on ambient and chill music was clumped up into the subgenre “creating that big meaningless mess that it is right now," said Maël, a 23-year-old from France who creates music under the In Love With A Ghost YT channel, in a Buzzfeed News article. Soon, most folks couldn’t make sense of all the playlists and streams populating on YouTube.

The ties between lo-fi hip-hop and the ubiquity of calls to “chill” today put the subgenre in a less-than-flattering light. “The rise of chill as an aspirational state suggests that perhaps the best thing to feel is not much at all,” wrote The New Yorker’s Amanda Petruisch. There was something about creating music meant to be willfully ignored which signaled a cleaving from how older generations used to enjoy their own music. “It makes sense that, in 2019, as we grow collectively more uncomfortable with our own quiet, inefficient sentience, we have also come to neglect the more contemplative pursuits.”

Yet in the same way that Petruisch argues for the “contemplative pursuits” of old, lo-fi fulfills the yearning of today’s listeners for their own yesterday. The subgenre as it is now is nostalgia-driven and allows us to crawl back into good memories and treasured feelings. The trend of creating music to help you zone out and enter a more productive mood isn’t new, either, lo-fi hip-hop is just one avenue for that. But that doesn’t mean you can’t enjoy this subgenre just as it is.

Adventurer Savvy Seasoned Music Lo-fi Explainer J Dilla Nujabes Nostalgia History
Your Guide to Thriving in This Strange New World
Staying
In? What to watch, what to eat, and where to shop from home
OR
Heading
Out? What you need to know to stay safe when heading out