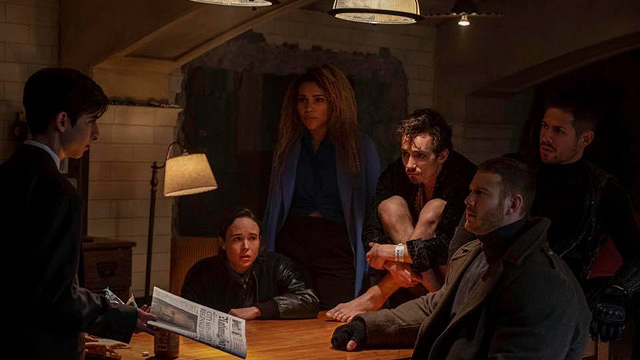 Finally: We Have a Date for Umbrella Academy Season 2

Our favorite dysfunctional family is back!

(SPOT.ph) Looks like we're finally going to find out what happened to the Hargreeves (and the rest of the world). The Umbrella Academy is slated to come back for a second season on Netflix, streaming on July 31!

The Hargreeves are officially back, with a new dance scene to boot—although this one looks it was made by the cast while in quarantine! Anyone else dance along to the OG one in the first season? Yes, the first season that left us all with a pretty big cliffhanger—if you can even call the end of the world that. The White Violin a.k.a. Vanya Hargreeves a.k.a. Number Seven (Elliot Page) finally caught on to the fact that she has intense powers despite a lifetime of repression from people she trusted, causing her to implode the moon and start the apocalypse (totally understandable, we feel).

Her super-powered adoptive siblings, Number One through Number Six—played by what can only be described by a ragtag team composed of Tom Hopper, David Castañeda, Emmy Raver-Lampman, Robert Sheehan, Aidan Gallagher, and Justin H. Min, are left with no choice but to travel back in time to try and save the world (again). This is the part where the second season is expected to pick up from.

If you are unitiated to the world of The Umbrella Academy and the summary therefore doesn't make much sense to you, just note that the series is based on a comic written by Gerard Way—yes, former frontman of My Chemical Romance Gerard Way. Which means that if this is your first dive, prepare for a wonderful world of dark comedy.

Netflix first teased us with this little Twitter post above, which could only have been the extra-muscly torso of Luther, a.k.a. Number One (Hopper). Don't forget to mark your calendars!

Adventurer Savvy Seasoned Umbrella Academy Netflix Ellen Page Streaming Services
Your Guide to Thriving in This Strange New World
Staying
In? What to watch, what to eat, and where to shop from home
OR
Heading
Out? What you need to know to stay safe when heading out