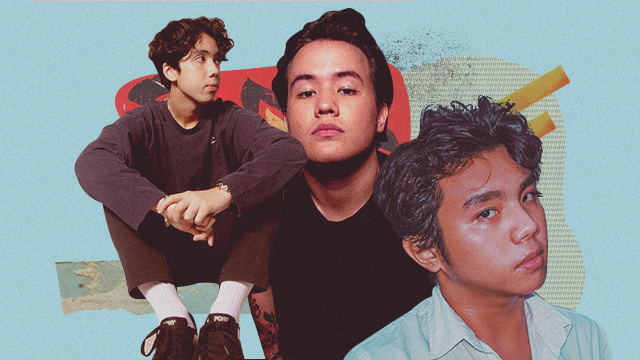 (SPOT.ph) On July 23, Universal Music Philippines launched a new domestic label division that aims to showcase Pinoy musical talent in the country: Island Records Philippines. It’s the first international division of the record label within Asia, and marks a new chapter in the history of Island Records, a record label founded in 1959 by Chris Blackwell in Jamaica. The said label has been instrumental in the music industry worldwide for over 60 years—among its roster of artists are Nick Jonas and U2.

“These are the artists who are just [going to be] ‘Okay, I'm gonna create a new trend. I'm gonna do what I want.’ And with the support of MCA behind them, with Island Records, I'm very excited to push them to greater heights to create those trends,” says Enzo Valdez, Island Records Philippines’ managing director, in a virtual press conference to announce the launch of the label.

The “trendsetters” had the same answers when asked about how they feel being part of the flagship roster: that of excitement. Most of them have expressed interest in collaborating with one another. Tim Marquez, the drummer and songwriter of One Click Straight (“Manila”), even threw an idea to the rest of the gang. “Maybe we can make a compilation album or something…[] No, let's make some crazy stuff.”  Fern. also shared how glad he was to be part of the label. "I'm glad that I can do my music with the support of other people. Not a lot of people have that kind of, you know, opportunity."

Another thing in common among the line-up of artists is their appreciation for the creative freedom that Island Records affords them. Tabudlo relates how he was given the freedom to do how I produce the sound. “I use different instruments in whatever genre...It's all up to me. And I think that's one of the coolest things about this label,” Tabudlo says. Vinzon adds that the label is “not afraid to take risks” and that the label puts a high value on the artist and in being genuine.

In a separate statement about the launch of the label, Valdez expressed his hopes to build a home for local artists to further extend the huge legacy of Island Records, and the reach of these artists not just locally, but worldwide.

In the future, Island Records Philippines is looking at reintroducing vinyl and cassette tapes to the Gen Z market as well as digital concerts. And given the name of the label, island festivals might just be a thing on our shores. “Maybe we can actually do it in our beautiful beaches down the line,” Valdez adds.

In the meantime, here's one of the many great things to come from Island Records. juan karlos released a new single called “BLESS Ü” today, July 24, and a portion of the proceeds from streaming the uplifting track will go to the UP-PGH Bayanihan Na! Foundation, one of the frontliners against COVID-19.

As we wait for more releases, we are keeping our fingers crossed for Island festivals and more music from these artists to brighten our dreary days.