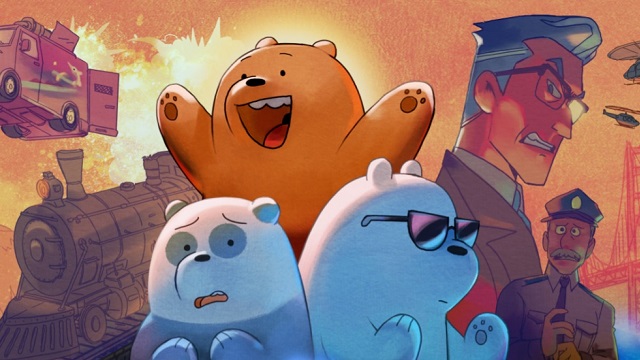 The Asian premiere has a date!

(SPOT.ph) It's finally happening! We Bare Bears: The Movie is officially premiering in Asia on September 12—which means this side of the world is getting some much-awaited quality Grizz, Panda, and Ice Bear content. This is the first full-length film starring the quirky, stackable, bear brothers and it's sure to be the wholesome story we all need this 2020.

The brothers look to be up to their usual antics in the trailer—until their most fearsome foe so far appears: Agent Trout of the Department of National Wildlife Control. Cue a wild road trip all the way to Canada (where they love bears, says Grizz) complete with hijinks, hippie costumes, and ...an animal rave? Plus, it looks like we'll finally see how the little cubs met and became a family!

The event is set to be the biggest movie premiere for the Cartoon Network Studios yet. It will be debuting on mutliple channels and platforms: Cartoon Network, Boomerang, HBO, HBO Family, and Warner TV channels, as well as HBO Go and Cartoon Network Watch & Play. You can also join the massive virtual watch party by adding #CNWatchParty and #WeBareBears to your social media posts.

We Bare Bears: The Movie was initially released in the U.S. and Canada on June 30. It is produced by Cartoon Network and created by Daniel Chong, the same guy behind the animated series of the same name.

Adventurer Savvy We Bare Bears Cartoon Network Streaming Services Hbo Go
Your Guide to Thriving in This Strange New World
Staying
In? What to watch, what to eat, and where to shop from home
OR
Heading
Out? What you need to know to stay safe when heading out