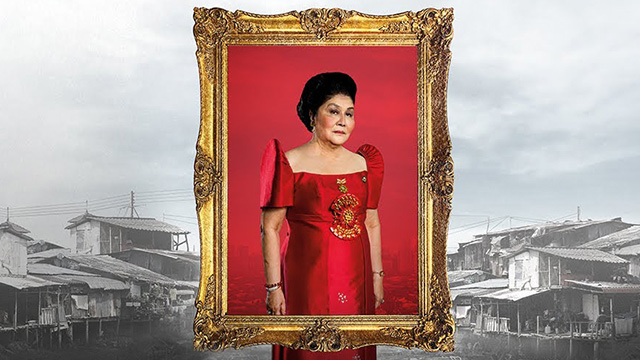 Imelda Marcos Documentary The Kingmaker Banned in Parts of Thailand

Authorities found its title and posters as "innapropriate."

(SPOT.ph) Planned screenings of The Kingmaker—the American-made documentary on former first lady Imelda Marcos—have been banned by officials in Southern Thailand. Authorities deemed the title and posters of the film as "innapropriate," reported the Bangkok Post, adding that they were "not comfortable" with it being screened at this time.

It was only the screenings in the South that were banned by authorities, according to Thida Polpalitkarnpim, founder of the Documentary Club, in the report. "When we applied for screening, it was rated 'general,'" she said. Screenings elsewhere in the country previously went on for six weeks without a hitch. The authorities had objections specificially about the documentary's title and poster, not the content itself, explained Polpalitkarnpim.

The film ban comes after a surge in pro-democracy protests in Thailand, led mostly by student groups. More than 10,000 people gathered at Bangkok's Democracy Monument on Sunday, August 17, to call for government reforms; this was one of the largest demonstrations since the protests started about a month ago. According to Reuters, the movement is to demand for the resignation of Prime Minister Prayuth Chan-ocha, a former military chief who led a 2014 coup—and to push back on the powers of the Thai monarchy. Criticizing the monarchy could lead to up to 15 years imprisonment, based on Thailand's lese majeste law, though the king has asked him not to use the law in June against anti-monarchists.

The Kingmaker tackles the life and times of the infamous Imelda Marcos, alongside husband Ferdinand Marcos, and her supposed moves for the 2016 national elections. "She is the old lounge singer, in feather boa and sequined gown, belting out time-tested, time-worn tunes in an act unchanged over half a century, which remains box-office (and vote-getting) gold," says Manuel Quezon III in his review for SPOT.ph.

While it looks like Thai audiences have one less way of watching The Kingmaker, the Showtime documentary directed by Lauren Greenfield can be streamed locally on iWant for free.

Main image from Showtime / The Kingmaker

Savvy Adventurer Seasoned Thailand Documentary Imelda Marcos The Kingmaker
Your Guide to Thriving in This Strange New World
Staying
In? What to watch, what to eat, and where to shop from home
OR
Heading
Out? What you need to know to stay safe when heading out