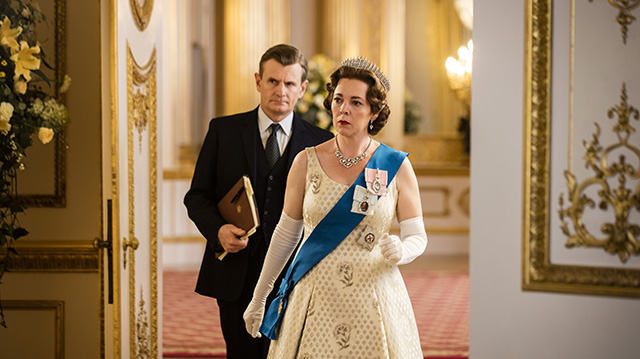 Plus, details on when the new season drops on Netflix!

(SPOT.ph) It’s the tail end of the 1970s and Queen Elizabeth (Olivia Colman) finds herself having to deal with Great Britain’s first female prime minister, Margaret Thatcher (Gillian Anderson), who decides to go to war with Argentina over the Falkland Islands. Besides that, the heir to the throne, Prince Charles (Josh O’Connor), is 30 and still in search of a wife—will Diana Spencer (Emma Corrin) be The One?

All that and more were packed into the clip dropped by Netflix today to announce the premiere date of The Crown's fourth season. Check it out:

While it had been previously reported that The Crown would only run for five seasons, it was announced in July that there would now be six. Imelda Staunton is slated to play Queen Elizabeth in season five, which, according to series creator Peter Morgan, will take the show into the 21st century. "As an actor it was a joy to see how both Claire Foy and Olivia Colman brought something special and unique to Peter Morgan’s scripts," Staunton stated in January. "I am genuinely honoured to be joining such an exceptional creative team and to be taking The Crown to its conclusion."

Elizabeth Debicki, who starred in Baz Luhrmann's The Great Gatsby and will next be seen in Christopher Nolan's Tenet, will play Princess Diana in season five.

Season 4 of The Crown premieres around the world on November 15.

Netflix Streaming Services The Crown Olivia Colman Gillian Anderson Trailer Savvy Seasoned
Your Guide to Thriving in This Strange New World
Staying
In? What to watch, what to eat, and where to shop from home
OR
Heading
Out? What you need to know to stay safe when heading out