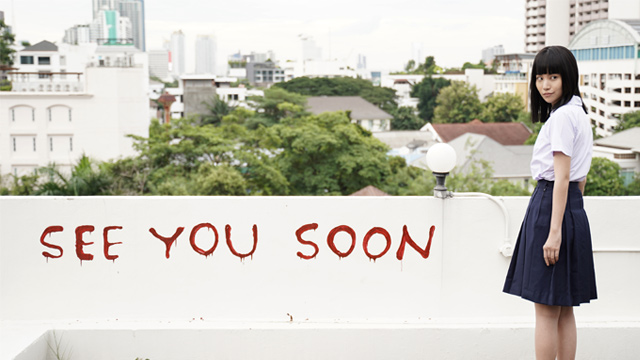 We Can't Wait: Season 2 of Thai Series Girl From Nowhere Now in Production

The cunning Nanno will soon be back.

(SPOT.ph) Seems like we'll be seeing more of the cunning and mysterious Nanno in the near future, as the Thai series Girl From Nowhere—one of the most binge-watched series on Netflix Philippines during the quarantine—is starting production for its second season, as announced by Netflix Thailand today, August 24. The brand-new season will be exclusively available on the streaming platform.

In a statement, Netflix shared that the Thai mystery anthology series' first season "has been well received by Netflix viewers both in its home country and internationally for its unconventional storytelling and candid take on today’s school society." Season 2 will continue to revolve around Nanno, who transfers from one school to another, exposing lies and misdeeds of students and faculty as she goes along.

Chicha Amatayakul, who plays Nanno, expressed her excitement about Girl From Nowhere's second season: “I’m grateful for all the support I’ve been receiving since the show landed on Netflix. It’s been a pleasure to present this unique series to fans around the world. Thank you again for bringing Nanno back to life. I won’t let you down!”

Girl from Nowhere first premiered on Thai network GMM25 in August 2018 and is reportedly inspired by true events. The anthology touches on themes of bullying, physical and sexual abuse, manipulation, and more. Season 1 had 13 episodes, two of which are split into two parts, and with Amatayakul as the only recurring star. If you haven't seen the first season and are curious about the show, check out the trailer for the first season below:

Streaming Services Girl From Nowhere Adventurer Savvy Thai Series Tv Shows Netflix Thailand
Your Guide to Thriving in This Strange New World
Staying
In? What to watch, what to eat, and where to shop from home
OR
Heading
Out? What you need to know to stay safe when heading out