Stream Alyx Arumpac's Aswang For Free On the Daang Dokyu Festival
Loading
Already a member? Log in
No account yet? Create Account
Spot.ph is your one-stop urban lifestyle guide to the best of Manila. 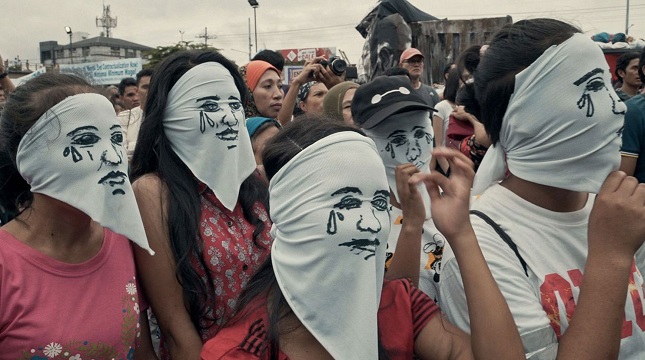 It's part of the Daang Dokyu film festival's lineup.

(SPOT.ph) The critically acclaimed documentary directed by Alyx Arumpac, Aswang, is leading a slew of hard-hitting titles streaming for free from October 9 to 15. It is part of the Daang Dokyu film festival's lineup for the "Perception is Real, Truth is Not" section and can be streamed on their website. Other must-watch documentaries include A Rustling of Leaves: Inside the Philippine Revolution (1988) by Nettie Wild, May Istorya nga Tayo, Patay Naman Tayo (2001) directed by Howie Severino, and more.

Aswang is a 2019 documentary that follows a group of different people amid the president's "war on drugs":  a journalist, a coroner, a missionary brother, and a street kid. Through their eyes we see the lines blur between the fictional monsters that plague Filipinos and the very real threats and dangers born from the current administration's so-called drug war.

The current selection was chosen to "speak back to us from various times in the previous century and make us reflect on their discord and continuities to our present, or on our current progress and entanglements in relation to our past," according to the Daang Dokyu's website. A total of 11 titles are streaming for free under the "Perception is Real, Truth is Not" category:

The Daang Dokyu: A Festival of Philippine Documentaries was organized by the Filipino Documentary Society and runs from September 19 to November 5. A total of 55 documentaries have been curated by the team.

To stream the "Perception is Real, Truth is Not" selection online, visit the official Daang Dokyu website