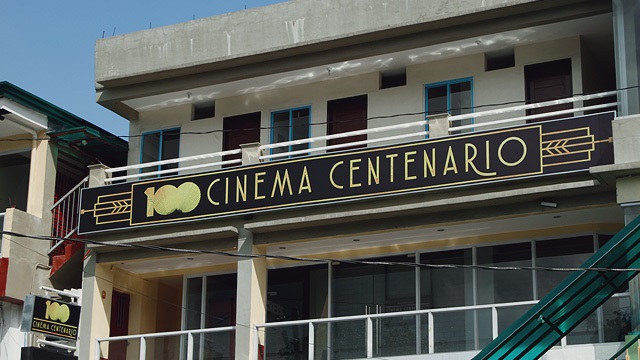 No need to say goodbye just yet to this Maginhawa favorite.

(SPOT.ph) Maginhawa Street regulars had to say goodbye to Cinema Centenario, a popular micro-cinema in Quezon City, when they announced the closure of their physical space on October 7. But before the farewells settled, they swooped in to announce their new digital platform, MOOV! The cinema's virtual space is where you can check in and catch "screenings" by Cinema Centenario.

MOOV is the micro-cinema's "virtual counterpart that functions as a movie-on-demand platform," they announced on October 10. "Cinema is changing and is now beyond the four corners of a dark theater. With the changing times and the uncertainties of the new normal, MOOV aims to create a multi-sectoral online community of movie lovers." Cinema Centenario was one of the few places where people gathered not just to watch but discuss and create local indie films and documentaries, and so this new virtual space is sure to help keep that community alive.

Cinema Centenario is currently celebrating the Maginhawa Film Festival with a virtual screening of select Filipino documentaries and films. You can check out the catalogue on the MOOV site and watch the works on the Eventive platform—which, heads up, will require you to create an account before streaming.

Some of the works currently available to stream include Santa Nena! (2017), a short film that follows the statue of a saint on the divine task of carrying the messiah in her womb—together with Manuel, a chosen boy with miraculous glowing balls (no, really). You can also catch Ang mga Bulong sa Bituka ng Sta. Mesa (2015), an introspective documentary that captures the stories of people living in the forgotten corners of Sta. Mesa, Manila, through the railroad tracks that connect them.