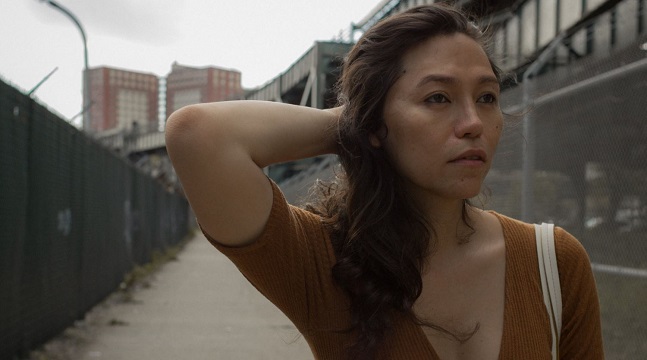 It's a critically acclaimed film that has made the rounds in festivals abroad.

(SPOT.ph) Sometimes there are films where the central character has you absolutely rooting for them—especially when all they want is to belong. This is exactly the feeling you get from Lingua Franca, the critically acclaimed film directed by and starring New York-based Filipino filmmaker Isabel Sandoval that has made waves in several international film festivals abroad. A heavy truth all wrapped up in a dreamlike and introspective style, Lingua Franca finally has a local screening starting November 6 through TBA Studios' Cinema '76.

Lingua Franca takes you to Brooklyn's Brighton Beach, where Olivia (Sandoval) is an undocumented Filipina working as a caregiver to Olga (Lynn Cohen). Olivia is under constant anxiety of being deported in the midst of U.S. President Donald Trump's anti-immigrant proclamations and her single, practical goal is to marry a U.S. citizen and get a green card—all while dutifully sending money back home to her mother in the Philippines. The questions and uncertainties become heavier when Olga's troubled grandson Alex (Eamon Farren) comes home and slow-burning attraction begins between the two.

TBA Studios is bringing the film to Philippine shores, telling us to "catch its theatrical run in Cinema '76 Film Society," in an online post on October 16. The film garnered rave reviews from foreign publications in 2020. "Olivia has fought hard just to become herself, there’s nothing callused about her spirit. She seeks tenderness and security in an environment that dangles those things just out of her grasp. She’s asking for so little; it’s enough to make you want to give her the world," wrote Stephanie Zacharek of Time.

It also won multiple awards as it made the rounds in international film festivals. Sandoval was hailed Best Actress at the 18th Pacific Meridian International Film Festival in Vladivostok, Russia on October 17. Lingua Franca was awarded Best Narrative Feature at the 2020 Bentonville Film Festival in the U.S. in August. No word yet on whether this will be a virtual screening or at the micro-cinema itself but we'll be sure to keep you updated!

Adventurer Savvy Seasoned Lingua Franca Indie Cinema 76 Lgbtq Staying In Heading Out
Your Guide to Thriving in This Strange New World
Staying
In? What to watch, what to eat, and where to shop from home
OR
Heading
Out? What you need to know to stay safe when heading out