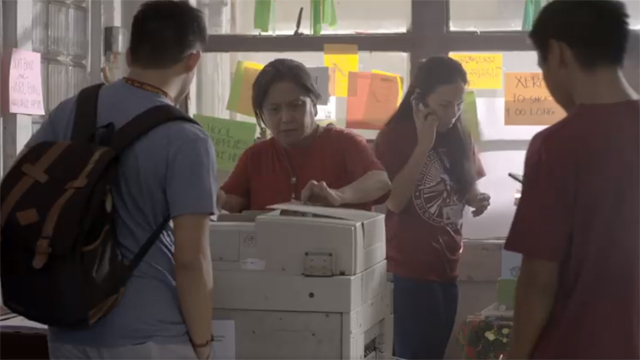 Iska lands on Netflix this November!

(SPOT.ph) The University of the Philippines - Diliman is a familiar setting in many films, specifically the Sunken Garden, Palma Hall, the oval, and much more. But this particular indie zooms in on an often overlooked member of the typical university scene: The vendors in the background handling the all-important photocopying machines. If you missed this hard-hitting film during the 2019 Cinemalaya, then mark your calendars for when Iska lands on Netflix on November 19!

In the movie, Iska (Ruby Ruiz) is someone who works at the photocopying stall in Palma Hall. The elderly grandmother does everything that is expected of her, including taking the brunt of caring for her autistic grandchild and apathetic husband. She is loving, hard-working, and well-intentioned—but whether that is enough to guarantee her a good life in this tragic-slash-comedic movie, we'll leave to you to find out.

The film marks director Theodore Boborol's fourth full-length work. "While the film typifies the dismal state of mental health care in the country and how it marginalizes the poor even more, Iska is also an ode to those who mother kids beyond their capacity and duty, armed with nothing but a sense of responsibility wrapped in love," said the director in a statement.