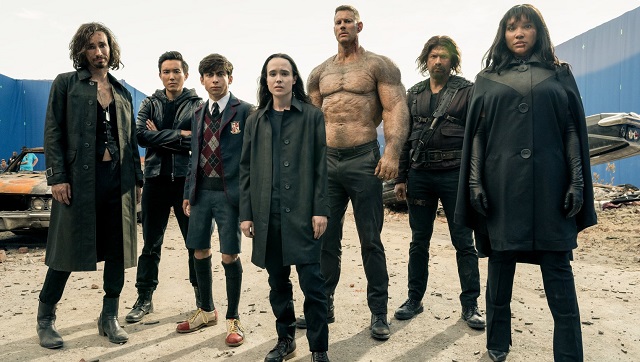 Everything We Know So Far About The Umbrella Academy 3

Who knows where (and when) the Hargreeves siblings are headed now.

(SPOT.ph) First things first: major spoilers lie ahead! The second season of The Umbrella Academy ended on what felt like an almost happy note. The Hargreeves siblings were together again—with (somewhat) mended relationships to boot—in the right year and with two apocalypses avoided. Everything was just dandy, that is until they realize the Umbrella Academy never existed in their new timeline. If you're itching to find out everything about the new Sparrow Academy and what the sibs do next, then hold on tight because Netflix has officially renewed The Umbrella Academy for a third season!

The incoming season will have a total of 10 episodes at one hour each. No official release date has been announced but production will begin in February 2021 in Toronto, Canada. Fingers crossed it gets released soon after!

The cast behind the seven Hargreeves siblings are set to reprise their roles, namely Elliot Page, Tom Hopper, David Castañeda, Emmy Raver-Lampan, Robert Sheehan, Aidan Gallagher, and Justin H. Min, so don't you worry about any missing faces. Plus, it's confirmed that Ritu Arya, who played the conflicted Lila in season two, will be back.

Gerard Way, who wrote the graphic novels the series are based on and yup, was the frontman of My Chemical Romance, is co-executive producer. Steve Blackman of Fargo and Altered Carbon will return as showrunner and executive producer.

The second season was dropped on Netflix on July 31 and had the siblings scattered all throughout the '60s in Dallas, Texas. Now that they're back in 2019—with Ben (Min) and their father (Colm Feore) well and alive—we can't wait to see what crazy antics the loveable but thoroughly misguided Hargreeves will do next.

Adventurer Savvy Seasoned Umbrella Academy Netflix Ellen Page Streaming Services Staying In
Your Guide to Thriving in This Strange New World
Staying
In? What to watch, what to eat, and where to shop from home
OR
Heading
Out? What you need to know to stay safe when heading out