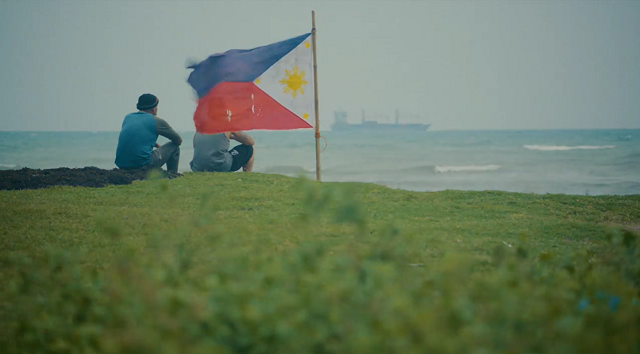 The Huwebes, Huwebes track was written by Cebuano artists.

(SPOT.ph) Stressed out? Take a breather and enjoy some Bisaya music courtesy of "Usa Ka Libo Ug Usa Ka Panamilit," the theme song to Huwebes, Huwebes—yup, the same film that was just awarded Best Music at the 43rd Gawad Urian on November 10. The central track was composed by Cebuano artists Jude Gitamondoc and Cindy Velazquez, and performed by Cattski Espina. Best part, you can watch the music video on the Binisaya Film Festival's Facebook page!

The music video features quiet clips from Huwebes, Huwebes, offering a sneak peek at the three shorts that make up the film. "Usa Ka Libo Ug Usa Ka Panamilit" roughly translates to "A Thousand and One Goodbyes"—which, for non-speakers, explains the mix of peace, hope, and bittersweet finality you get from the track.

"I wrote it based on the poetry of my friend Cindy as an entry to Cebu Pop. But this recent Gawad Urian win is really all about the film," said songwriter Gitamondoc in a SunStar Cebu article. "The song is just one of the many layers of the masterpiece that is Huwebes, Huwebes."

The stories in Huwebes, Huwebes—directed by January Yap, Kris Villarino, and Don Frasco—all revolve around three different lives and their ties to the sea. It was the opening film to the 2019 Binisaya Film Festival and has continued to make the rounds in Philippine cinema.

Gitamondoc is a celebrated Cebuano songwriter who has penned tracks for artists like Regine Velasquez and Gary Valenciano. He is known for pushing for more songs in Cebuano and other Visayan languages—and with the poignant "Usa Ka Libo Ug Usa Ka Panamilit," we can definitely see why.

Adventurer Savvy Cebu Topspot Cebu Gawad Urian Jude Gitamondoc Staying In
Your Guide to Thriving in This Strange New World
Staying
In? What to watch, what to eat, and where to shop from home
OR
Heading
Out? What you need to know to stay safe when heading out