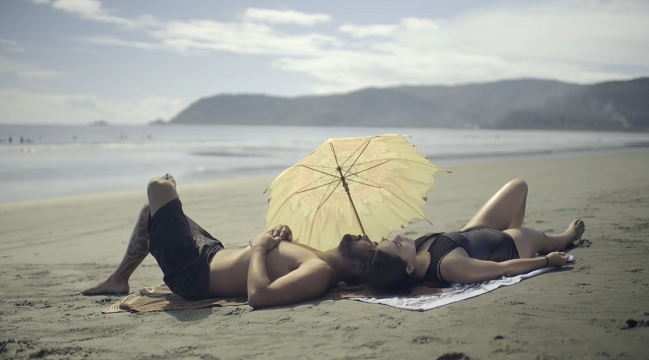 It stars Sid Lucero as the Apocalypse Child.

(SPOT.ph) In the '70s, acclaimed director Francis Ford Coppola and his team flew over to the sleepy town of Baler, Aurora to film the classic 1979 film Apocalypse Now. It is this incident that is usually credited for having started the intense surf culture of the now popular Baler—and is also the myth at the heart of 2015 drama Apocalypse Child. If you missed this stripped down and poignant indie film the first time around, then mark your calendars as Apocalypse Child lands on Netflix on December 20!

Apocalypse Child follows Ford (Sid Lucero), a freewheeling Baler local who, all his life, has been told by his mother Chona (Ana Abad Santos) that he is the illegitimate child of director Coppola. Their idyllic life in the bubble of Baler is broken by the return of Ford's childhood friend and now congressman Rich (RK Bagatsing). As the peaceful facade is torn open, Ford, and everyone in his tight-knit circle, must come to terms with what hides behind their small town's seeming perfection.

Writer and director Maria Cornejo first took to Twitter in September to ask for support on getting their film on the global platform. We can't say for sure what went down but it looks like their plan worked!

With stellar performances by the cast—especially with the magnetic Lucero front and center—backed by the wonderful setting of Baler, Apocalypse Child screened to much critical acclaim. Plus, hearing Armi Millare's music propped up the film to even greater, simpler heights than it already was at.

"The beauty of Apocalypse Child is not only in its unabashed love for surfing or the little island its characters call home. Its in what it deliberately chooses not to say," SPOT.ph wrote of the film when it first came out. "There are (frustratingly) unanswered questions at every turn, but there is real and resounding pain nonetheless. You might not fully understand it, but you cry because you feel it."