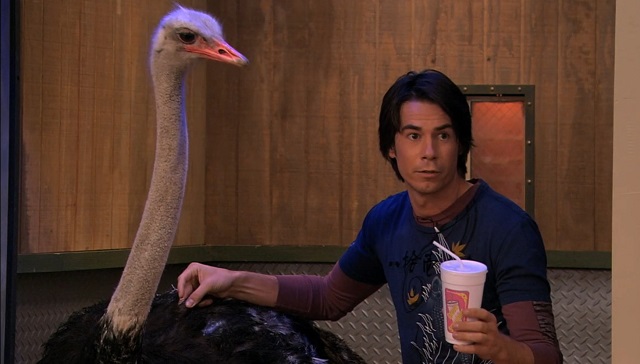 iCarly Is Coming Back; Here's Everything We Know So Far

We can't wait for Freddie to count down again.

(SPOT.ph) Finally some good news: iCarly is getting a reboot! The word is out that Paramount and its streaming service, CBS All Access, has laid down plans to revive the OG Nickelodeon comedy, as first reported by TV Line. Nickelodeon Australia then confirmed the news on Facebook with a throwback pic on December 10. Go on a nostalgia trip and check out everything we know about the revival below!

Which stars will we see again?

The OG Carly will return! Miranda Cosgrove, along with Jerry Trainor, who played the somewhat misguided but always well-intentioned older bro Spencer, and Nathan Kress, who played the all-around good soul with the unrequited love, are sure to come back for the series. There's no word yet on whether Jennette McCurdy will reprise her role as Sam, the spunky best friend, but we have our fingers crossed!

Carly, Spencer, Freddie, and Sam were at the center of this wacky comedy series that aired on Nickelodeon from 2007 to 2012. In case you need a refresher, the trio hosted a webshow in Carly and Spence's cool pad; and the show about said webshow was a huge part of pop culture in the 2010s. TBH, we're still mining quality meme content from it, nearly a decade later.

Is Dan Shneider coming back, too?

Unfortunately, the guy behind iCarly and other popular Nickelodeon shows like Drake & Josh, Victorious, Zoey 101, and more will not be part of the revival. Nickelodeon cut ties with the creator in 2018, reports Deadline.

In charge of developing the new series will be producers Jay Kogen (Nickelodeon’s School of Rock, The Simpsons, Frasier) and Ali Schouten (Diary of a Future President, Champions, Merry Happy Whatever). The two will be executive producers and co-showrunners.

Where will we be able to watch the new iCarly?

While there are no final details yet, what we do know is that the streaming service CBS All Access will be rebranded as Paramount+ in 2021. The platform will have content from CBS and cable outlets MTV, Comedy Central, BET, Paramount Network and, yup, Nickelodeon!

The platform is set to start rolling out globally next year, with Australia, Latin America, and the Nordic countries first in line.

Adventurer Savvy Icarly Nickelodeon Reboot Revival Paramount Miranda Cosgrove Nostalgia
Your Guide to Thriving in This Strange New World
Staying
In? What to watch, what to eat, and where to shop from home
OR
Heading
Out? What you need to know to stay safe when heading out