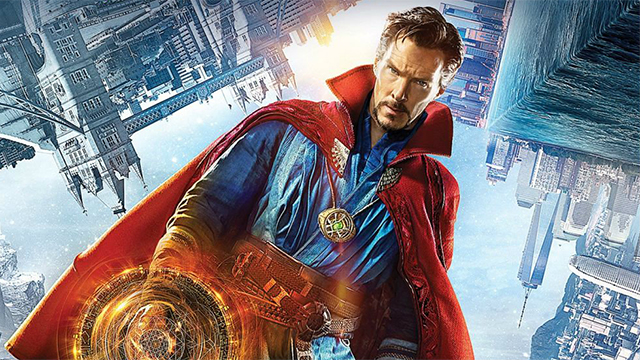 Besides a whole slew of new shows in the Star Wars universe.

(SPOT.ph) Marvel and Star Wars fans have a lot to look forward to in the coming years: Disney announced on December 10 in an investor presentation that they are producing 10 new series set in the Star Wars universe, as well as 10 series under the Marvel brand.

Two series in particular will be leading the pack of new Star Wars stories, both of which will be run by Mandalorian producer Dave Filoni and Marvel veteran Jon Favreau. While details are scarce, it’s been speculated that Rangers of the Republic is likely to be set prior to the Clone Wars. Ahsoka, on the other hand, will be set in the Mandalorian universe and feature Ahsoka Tano from Star Wars: The Clone Wars and the animated series that followed. Ahsoka trained as a Jedi Padawan under Anakin Skywalker, then went on to help establish rebel cells against the Galactic Empire. Rosario Dawson will star.

Speaking of Anakin Skywalker, fans who loved the Prequel Trilogy would be excited to know that Hayden Christensen will be back to play Darth Vader for an Obi-Wan mini-series. Star Wars: Obi-Wan Kenobi features Ewan McGregor as the Jedi Master.

Disney also announced a few more titles under the Star Wars banner: Lando, which will revolve around Lando Calrissian, a Rogue One prequel called Andor, and The Acolyte, a mystery set during the High Republic era.

The Marvel universe is shaping up to be just as exciting, with several movies already in the works. Paul Rudd and Evangeline Lilly will be back for Ant-Man and the Wasp: Quantumania, a new Fantastic Four film to be directed by Spider-Man director Jon Watts, and Black Panther 2 is scheduled for release on July 8, 2022. To honor Chadwick Boseman’s legacy, Disney said, Marvel Studios would not recast the role and instead focus on other characters in the world of Wakanda. The long-awaited sequel to Doctor Strange Sequel was also announced: Doctor Strange in the Multiverse of Madness, set for a March 25, 2022 release, has Benedict Cumberbatch and Rachel McAdams reprising their roles. Captain Marvel 2, with Brie Larson as Carol Danvers, comes to theaters November 11, 2022.

Besides the previously announced WandaVision, the Loki series starring Tom Hiddleston is slated to debut on Disney+ in May 2021. A Hawkeye series starring Jeremy Renner and Hailee Steinfeld is also in the works, as well as a series about War Machine called Armour Wars, which will feature Don Cheadle.

We think Loki sums it up in one word perfectly, don't you?

Disney Staying In Streaming Services Savvy Adventurous Seasoned Star Wars Marvel Mandalorian
Your Guide to Thriving in This Strange New World
Staying
In? What to watch, what to eat, and where to shop from home
OR
Heading
Out? What you need to know to stay safe when heading out