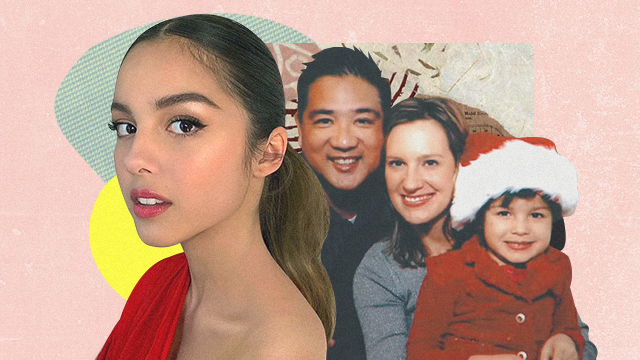 With or without Filipino heritage, lumpia will always be a fave.

(SPOT.ph) "'Cause you said forever now I drive alone past your street."

We know you've heard the premium quality #hugot line somewhere, somehow in the past week or so. In case you've been wondering who set off the fire alarms for all the broken-hearted people in the world, well, look no further than 17-year-old artist Olivia Rodrigo! Her track "Drivers License" has so far hit 100 million streams on Spotify barely 10 days after it first dropped and the music video has more than 40 million views as of writing. The track even prompted Rolling Stone's Brittany Spanos to ask, "Is it too early to call song of the year?" In case you haven't heard it yourself, well, prep your feels and a tissue.

So most of you are probably past that stage in your life where you were learning how to drive—but we know you can't deny this song made you feel things. Rodrigo switches between a ballad and a croon to sing about how what was supposed to be a huge milestone in her life was marred by, surprise, suprise: a boy who didn't come through with his promises. The massive heartbreak anthem cemented the Disney star's status as a pop culture staple—and yup, Pinoy pride calls attention to the fact that she's got Filipino blood in her veins! Singing about heartbreak is a skill we've perfected.

Rodrigo first shot to fame on the Disney network. She played Paige Olvera in the Bizaardvark series in 2016, then in 2019 she took on the role of Nini Salazar-Roberts on the Disney+ series High School Musical: The Musical (Read: a new gen take on the HSM universe). "Drivers License" is her first single—and a hugely impressive one at that.

In a Disney Channel clip for the Asian Pacific American Heritage Month in 2017, Rodrigo got to talk about her Filipino heritage. She shared some adorable family pictures and how her great-grandfather came on a boat to the U.S. to start a new life. Could he have even realized his choice to immigrate would eventually lead to his great-grandkid having a massive global hit at just 17 years old?

"I'm Olivia Rodrigo, I'm a Filipina, and I'm a lumpia fan," she cheekily said near the end of the clip, and we totally get it. She shared that her father, who grew up in a Tagalog-speaking household, has passed on Filipino traditions to her—lumpia included.

Rodrigo shared that she hasn't been able to visit the Philippines in an interview for the Center for Asian American Media. "I have never been to the Philippines, but I really, really want to," she said. "We still have extended family there, but I’ve never met them. That’s on my bucket list, definitely." Fingers crossed she gets to visit home soon—we'll have the lumpia ready.

Adventurer Savvy Olivia Rodrigo Disney Spotify Staying In Filipino Food Lumpia
Your Guide to Thriving in This Strange New World
Staying
In? What to watch, what to eat, and where to shop from home
OR
Heading
Out? What you need to know to stay safe when heading out